Puerto Rico plans to hold a statehood-or-independence referendum in June this year. It would be the first binary choice referendum, as prior referendums have included the current Commonwealth status.

The Admissions Clause of the Constitution reads,

1: New States may be admitted by the Congress into this Union; but no new State shall be formed or erected within the Jurisdiction of any other State; nor any State be formed by the Junction of two or more States, or Parts of States, without the Consent of the Legislatures of the States concerned as well as of the Congress.

“The United States is always demanding democracy in other parts of the world,” Rosselló told the Miami Herald, “but it seems to me it doesn’t have the moral standing to demand democracy in Venezuela or Cuba if it won’t extend [democracy] to 3.5 million of its own citizens.”

In the Miami Herald interview Roselló blamed the U.S. for the island’s catastrophic fiscal problems,

For Rosselló, the debt crisis and the island’s political status are inextricably linked: “Puerto Rico’s colonial situation is what has provoked this crisis.”

“If we compare ourselves with the other 50 states, the fundamental difference is our lack of rights, our lack of participation, and our lack of resources to move our jurisdiction forward,” he said. “Our colonial condition creates a situation of incredible inequality.”

This may play well with home audiences, but to everyone else it’s insulting.

Worse yet, last night at Carlson’s he dug in his heels in accusing the U.S. of undemocratic behavior (2:00 into the video).

The economic crisis:
As you may recall, Puerto Rico‘s debt crisis has been in the news, but the profligate spending has been going on for decades. The island may run out of money by July. Nearly one third off all employment is government jobs, thousands of them sinecures (locally known as batatitas). Roselló did mention that his administration reduced 20% of political appointees in government jobs and cut the budget by 20%, and aims to bring down the number of government agencies from 131 to “30 to 35” (3:40 into the video).

Why would the 50 states benefit by adding one more state?
Roselló spoke of Puerto Rico having added value as a destination, which it does, but its strategic value decreased, while there are thousands of destination spots across the U.S. and Caribbean. Its only sea container terminal is in San Juan. It does not have a Panamax port.

Language:
When Carlson asked, “Would English be the official language of Puerto Rico?”, Roselló replied (4:10 into the video),
“The United States is also a Spanish-speaking country. It’s the third-largest Spanish-speaking country in the world, and the United States itself doesn’t have an official language. So I don’t oppose, as a matter of fact our public policy is, bilingualism.”

Unfortunately, as any visitor to the island will tell you, fluency in English is woefully inadequate among the general public.

A brief analysis:
I have not lived in Puerto Rico since the 1970s. From before I was born, the status (i.e., statehood-commonwealth-independence) issue has served as a catch-all for all problems, from corruption to criminality to government waste and spending.

If he could factually state, “look, we are cutting government spending, ending corruption, adhering to the rule of law, and are making sure every child learns not only fluent English but also respect for the Constitution of the United States. We value our culture while we are fully committed to assimilating American values. We appreciate your help,” he would make a stronger case for statehood.

Until he’s willing to make that speech, efforts to bring statehood to the island will continue to look like giving the Democrats another state, since the Democrat party machine is very strong in Puerto Rico and among Puerto Rican communities in the U.S.

Watch the video, read the transcript at my post, Brit Hume asks a good question: If the FBI investigates, isn’t there surveillance?

Ami Horowitz visits a Caracas barrio at great risk to interview the locals,

1:30 into the video, Horowitz explains, “It’s a very dangerous place. We made a deal wth the [Barrio Nuevo Tricolor] bosses, so we should be safe.” A voice outside camera range then states, “Hopefully.”

The Daily Wire has more. 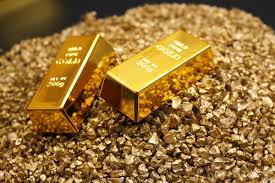