Fidel Castro is officially dead, after years of speculation. The announcement of his death signals that the dictatorship feels secure enough that it can prolong its grip on the country.

Look how the loathsome @nytimes reports long overdue death of a POS dictator …with a glamour shot of the "Revolutionary Who Defied the US" pic.twitter.com/KZ92U4quNz

The NYT obit is emblematic of the worshipful media: Fidel Castro, CubanRevolutionary Who Defied U.S., Dies at 90. Mr. Castro brought the Cold War to the Western Hemisphere, bedeviled 11 American presidents and briefly pushed the world to the brink of nuclear war. Read instead Carlos Eire’s Farewell to Cuba’s brutal Big Brother

Why this discrepancy? Because deceit was one of Fidel Castro’s greatest talents, and gullibility is one of the world’s greatest frailties. A genius at myth-making, Castro relied on the human thirst for myths and heroes. His lies were beautiful, and so appealing. According to Castro and to his propagandists, the so-called revolution was not about creating a repressive totalitarian state and securing his rule as an absolute monarch, but rather about eliminating illiteracy, poverty, racism, class differences and every other ill known to humankind. This bold lie became believable, thanks largely to Castro’s incessant boasting about free schools and medical care, which made his myth of the benevolent utopian revolution irresistible to many of the world’s poor.

Without a hint of irony, the BBC refers to Castro as the great survivor. Never mind that Castro has “survived” thanks to the medical treatment rendered by a Spanish gastro-oncologist, and has stayed in power for forty-nine years because he is a tyrant; a tyrant who has ruined an entire country in every possible way. 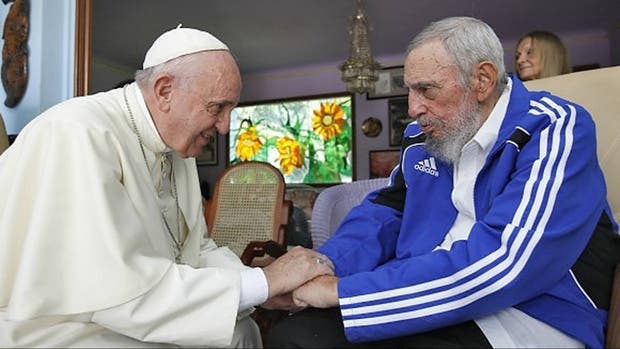 When I die, I want to die peacefully in my sleep, like Fidel Castro, not screaming in terror, like his victims.

Fidel Castro Dies at Age 90, but We Remember His Human Rights Abuses

Linked to by Rest in the vine. Thank you!

One for those suffering cognitive dissonance… pic.twitter.com/njxeFI2tJr

Linked to by The Pirates’ Cove. Thank you!