Daniel Ortega, age 70, took 71% of the vote after 21% of ballots were counted, setting his third consecutive term, this time with his wife Rosario Murillo, 65, as vice-president and heir apparent.

Mr. Ortega’s apparent victory wasn’t a surprise. Months earlier, the main opposition coalition was blocked by the courts from participating in the election. The courts and Nicaragua’s electoral authorities are controlled by Mr. Ortega, analysts and opposition leaders say.

Many Nicaraguans chose not to vote. About 35% of voters didn’t go to the polls, an increase of nine points compared with the last presidential election in 2011. Analysts say the increased abstention rate is a measure of many Nicaraguans unhappiness with the country’s uncompetitive elections.

Hardly surprising, when the Sandinistas control all of the country’s institutions, including the Supreme Court, and, of course, the elections authority, 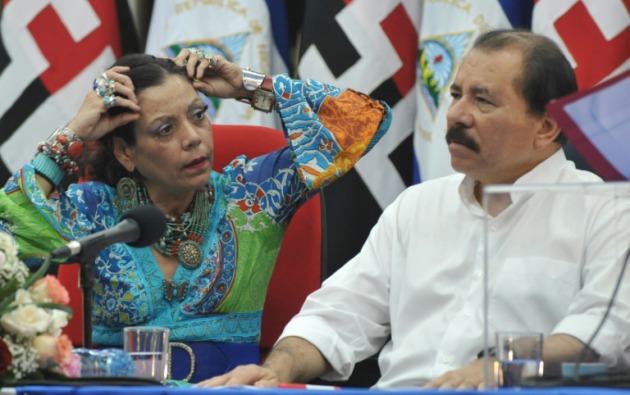 In her spare time, according to the WSJ, she “is mostly responsible for the day-to-day running of the poor Central American country.”