Simon Romero reports at the NYT: Brazil’s Other Olympic Spirits: Anger, Anxiety and Indifference
With a president facing impeachment and a recession stunting the national economy, nearly two-thirds of Brazilians believe that hosting the Summer Games will have a negative effect on the country. 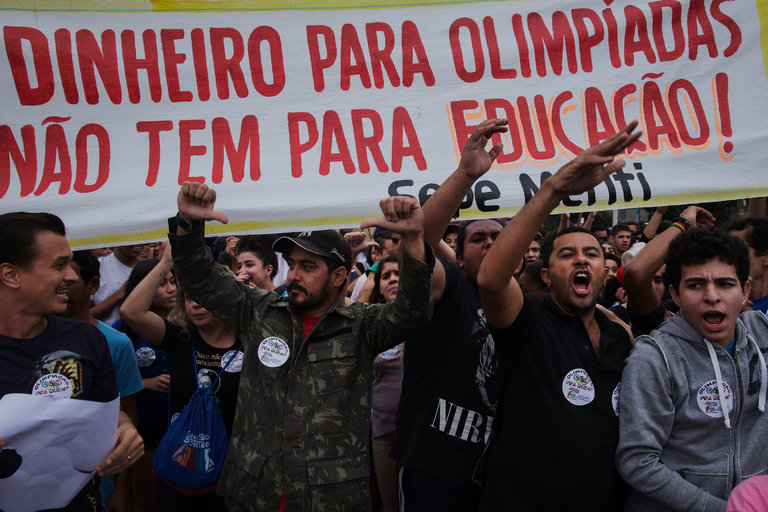 But, today, the Olympics are competing with both a harrowing recession and Brazil’s other public spectacle: bare-knuckled political dysfunction.

Over at Hot Air, Jazz Shaw says It’s time for a permanent (non-US) home for the Olympic Games,

The best case for this argument can be made simply by observing the comings and goings in Rio, where this year’s Summer Olympic Games seem poised to be considered a success if a large number of people don’t actually die from the effects of pollution, disease, corruption, economic collapse, civil unrest or terrorism. The International Olympic Committee (IOC) keeps selecting host cities in a process which is clearly equal parts corruption and political correctness. The result is a mishmash of host cities which have been producing spectacular failures in the execution of the games, huge embarrassment and massive sports facilities which lie empty and fall into decay once the games leave town.

Unfortunately Jazz proposes Greece, a country at least as broke (while not quite as corrupt) as Brazil, as the permanent home.

The Rio Olympics opener is on NBC at 7:30pm Eastern tomorrow.