Big news in Colombia: the ELN released Salud Hernández, Diego D’Pablos and Carlos Melo after holding them for a week. Details below.

An Argentine court has sentenced Reynaldo Bignone, the country’s last dictator, to 20 years in prison for his part in Operation Condor.

It’s the “first time a court has ruled that Operation Condor was a criminal conspiracy to kidnap and forcibly disappear people across international borders,” The Associated Press reports.

Under this plan, the military dictatorships in Argentina, Chile, Paraguay, Bolivia, Uruguay and Brazil agreed to share information with each other to help track down political opponents and leftists starting in 1975. 376 people were killed as a result of Operation Condor, the BBC reports. As The Guardian describes, “after their arrest, the victims were made to ‘disappear’, usually by being cremated, or thrown drugged but still alive from military planes into the Atlantic Ocean.”

BOLIVIA
The Worst Boyfriend in Bolivia

CUBA
Reports That Castro is Legalizing ‘Private Business’ Are False

Mexico’s Sinaloa Cartel has taken control of the US heroin market by elbowing out traffickers of the Asian product, according to a DEA official, but the dynamics of the drug trade on both sides of the border are somewhat more complex.

Mexico Has a New US Ambassador after 10-Month Blockade – Roberta Jacobson.

NICARAGUA
ICYMI: There is Nothing New Under the Nicaraguan Sun

PARAGUAY
Refuge in Paraguay gives street kids their lives back

Puerto Rico’s born-again farmers dig for victory in island’s debt battle. They have a long way to go: agriculture accounts for less than 1% of the island’s GDP. 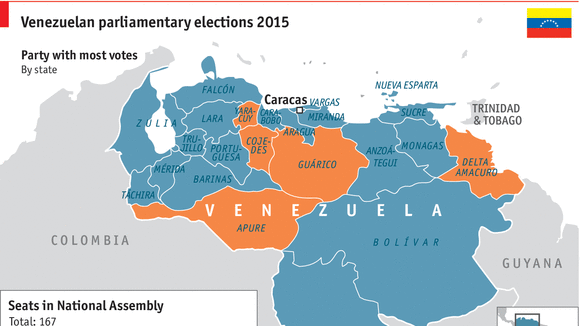 In graphics: A political and economic guide to Venezuela

Venezuela Goes from Bad to Catastrophe. Until the country has a government that can build a sustainable economic system, its misery will only deepen