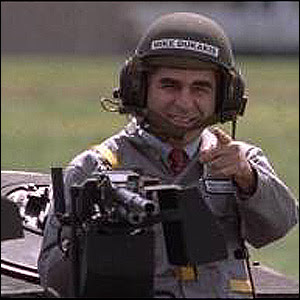 President Juan Manuel Santos’s unfortunate choice of helmet size distracted from his message during a press conference, where he stated that the government had incomplete information, but that Salud Hernåndez may have simply been held up while working on a story in the jungle, in an area controlled by the ELN, the FARC and other crime groups (video in Spanish):

Later on, the government confirmed that Hernández and two others were kidnapped:
Colombia confirms Spanish reporter is being held by guerrilla group. Two Colombian journalists are also in the hands of the ELN, says defense minister.