Virginia Right! : I would like to nominate Terry McAuliffe for the Weasel of the Week. There are many, many reasons he should win, but the anti-gun leftist has gone over the line. He and his activist Attorney General Mark “The Red” Herring decided arbitrarily to cancel the reciprocating Concealed Weapons Permit agreements Virginia had with 25 state after a “review” of the other state’s gun laws.
END_OF_DOCUMENT_TOKEN_TO_BE_REPLACED

John Hinderaker writes on THE ENDURING POPULARITY OF FRAUD

In the realm of fraud, the wisdom of the ages is reflected in the adage that a fool and his money are soon parted. The same, I think, is true of socialism. Socialism is fraud writ large. It is a fraud perpetrated by the cynical and greedy on the ignorant and credulous, just like a Ponzi scheme. Only we can add: a fool and his freedom are soon parted.

Only under socialism could Fidel Castro become the richest warlord, relative to his subjects’ wealth, in recorded history. (And that was the least of his sins.) Only under socialism could Maria Gabriela Chavez, daughter of socialist tribune of the people Hugo Chavez, beloved by the American left, waltz off with a $4 billion fortune. But then, she was a piker: Chavez’s Minister of the Treasury stashed $11 billion in Swiss bank accounts.

But hey, the Lefties’ cult of magic firmly believes that the deceased Hugo Chavez’s Socialism for the XXI Century “improved the economy drastically and ameliorated poverty drastically”, no matter what reality shows.

This was in the Miami Herald this weekend, and mostly went unnoticed, but it’s the “what the hey” story of the month, if not the year:

For two years starting in 2010, they funneled millions in drug money into the bank accounts of Venezuelans, including William Amaro Sanchez, now special assistant to President Nicolás Maduro. The stated goal: to disrupt criminal groups.

They sent drug money to a well-known trafficker, a cash smuggler and a money launderer — more than $4 million in all.

If you think this was a routine sting operation, get a hold of this (emphasis added),

In spite of U.S. warnings about the emergence of the country as a major hub for cocaine, the police never investigated the people to whom they were sending millions in drug proceeds, including a host of individuals with criminal records.

This is a Fast and Furious, without the guns.

A reader requested an opera with Jonas Kaufmann,

The WSJ editorial board proposes Saving Puerto Rico From Itself. The price for bankruptcy: A review board that can overrule local politicians. Here’s a snapshot of the rolling disaster:

Employment laws, such as mandatory 15 days of paid vacation, and stringent job protections provide disincentives to hire. Generous welfare, housing, food stamp and health benefits discourage work. Nearly half of island residents are on Medicaid. A household can rake in 50% more in
government assistance than the take-home monthly minimum wage. Federal strictures such as the $7.25 minimum wage, welfare eligibility rules and the 1920 Jones Act, which requires that goods transported between U.S. ports be shipped on vessels built and manned by Americans, are also growth killers.

The overriding problem is mal-governance, which creditors have enabled by financing patronage politics and bloated government payrolls. The commonwealth has 40% fewer students but 10% more teachers than a decade ago. Territory government still constitutes a quarter of the island’s workforce. Recent government reforms such as shifting workers to defined-contribution pensions and increasing the retirement age haven’t stanched the red ink. Over the next five years general fund spending is on path to grow by 20%, resulting in a cumulative $28 billion deficit.

After mentioning some nonsense on “repurposed ObamaCare funds” (what funds?), the WSJ, as mentioned above, proposes a financial review board:

a muscular financial review board modeled on (but with more power than) New York City’s of the 1970s. The board needs the power to reject budgets, contracts and new borrowing, audit government agencies and cut spending. Ideally, the board would be jointly appointed by Congress and the White House with ex officio members from the Puerto Rican government to mute protests of a federal takeover.

Good luck with that; the current Commonwealth is structured to preserve itself through fostering dependence on the government.

Wishing you a joyful Christmas Day.

A couple of headlines on the Bolivarian disaster,
Maduro’s Allies Stack Venezuela’s Supreme Court. Socialist Party tries to undermine opposition before it takes over parliament

‘Christmas is dead’ in Venezuela, and 2016 looks grim. 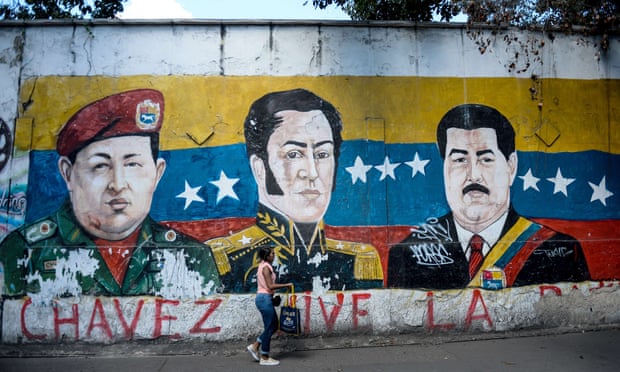