The week’s top story everywhere: Pres. Obama declared Isis had been contained on the same day ISIS suicide bombers killed at least 41 people in Beirut, Lebanon. The following day, ISIS claimed responsibility for 128 deaths on a coordinated attack perpetrated on an unarmed citizenry in Paris.

A headline that was mostly ignored, but will have dire repercussions in our hemisphere. Abandoning Past Assurances, U.S. Accepts Iran’s Arming of Hezbollah.

BRAZIL
Brazil Court Orders Retirement of Judge in Eike Batista Trial. A Brazilian appeals court Thursday ordered the early retirement of the federal judge who had been presiding over the trial of Brazilian businessman Eike Batista. 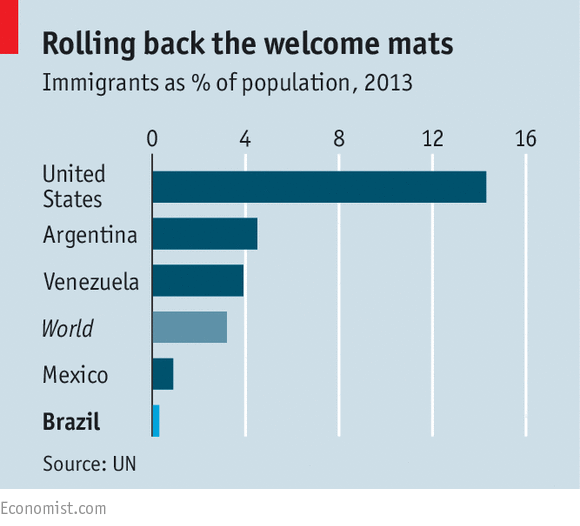 They do not come because Brazil needlessly puts up additional roadblocks. Its legislation on immigration is “anachronistic”, admits Beto Vasconcelos, who handles the issue at the justice ministry in Brasília. The main law dealing with immigration, enacted by generals who ruled from 1964 to 1985, treats foreigners as a menace to national security and to Brazilian workers. It bars non-Brazilians from taking part in political rallies, owning stakes in newspapers or participating actively in trade unions.

COLOMBIA
The FARC are not disarming: Colombia’s rebels want peace, but fear giving up their guns

Cuban exile musings: What does it take to qualify as a charming “despot” nowadays?

ECUADOR
Ecuador Forced to Fork Over US$1 Billion to US Oil Firm OXY. Correa Claims Reduced Penalty Is Both a Victory, Attack on Nation’s Sovereignty

During the first 10 months of 2015, El Salvador — a country with a population of 6.5 million — reported nearly 5,500 homicides, making it the murder capital of the world, according to Elizabeth Kennedy, a San Diego State University social scientist.

During a meeting with government officials last month, Merhi Alshebli doused himself with gasoline. He did not light himself on fire. Alshebli and other Syrian refugees resettled in Uruguay last year have complained that the government hasn’t helped enough.