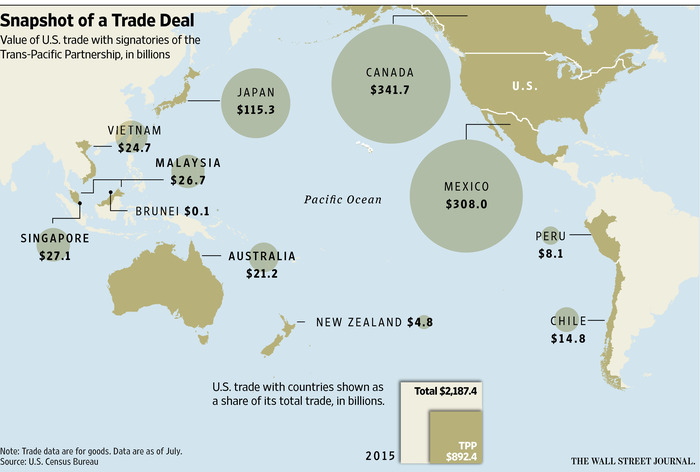 The LatAm countries are Mexico, Peru and Chile (which in turn are members of the Pacific Alliance):
U.S. Reaches Trans-Pacific Partnership Trade Deal With 11 Pacific Nations. Trans-Pacific Partnership created after bitter fights over automobile industry, intellectual property rights and dairy products. China is not included since it did not meet criteria. The TPP is yet to be approved by Congress,

But Mr. Obama faces a steep challenge in the months ahead to win approval for the deal in a deeply divided Congress. Only a handful of Democrats support Mr. Obama’s trade policy, and Republican support is unpredictable in the 2016 election year, depending on the stance of presidential candidates and new leadership in the House. As it is, the deal can’t go to a vote before Congress until early next year.