Ignorance, or willful blindness? She was Secretary of State, after all. 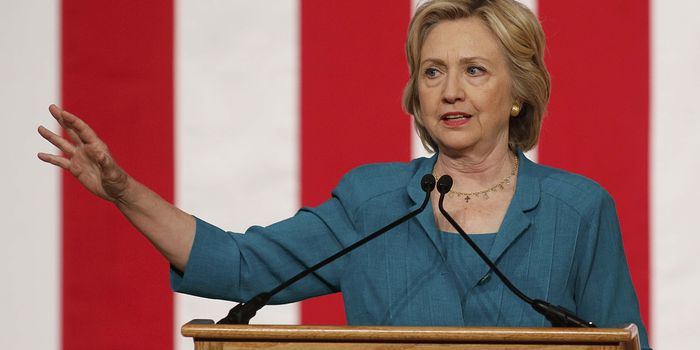 Hillary was at Florida International University last Friday doing a full flop, and called for an end to the so-called embargo because Cubans “want to read our books, surf our Web, and learn from our people. They want to bring their country into the 21st century.”

Mary O’Grady says Clinton Needs to Read Up on the Castros
The embargo does not block the sale of books to Cuba, or isolate its economy from the world.

. . . when Mrs. Clinton said on Friday that “we must decide between engagement and embargo, between embracing fresh thinking and returning to Cold War deadlock,” she was applying the same reasoning the Obama administration uses to argue that the U.S. needs to either accept the nuclear deal with Iran or go to war. This is a false dichotomy that doesn’t hold for Cuba policy any more than it holds for dealing with Tehran.
. . .
The embargo does not block the export of books to Cuba because informational material is exempt. Cubans cannot read “our” books because Cuba controls the reading material that enters the country and imprisons for “dangerousness” anyone caught with nonapproved texts.

There is no such thing as “our Web,” and the U.S. embargo does not restrict Cubans’ access to the Internet. Most Cubans cannot get computers. Most of those who do have them are denied access to the World Wide Web. It’s only the party faithful who get approval.

As to learning from “our people,” Cuba tightly controls interaction with foreigners, and those who step out of line can go to jail. Try getting a visa from Cuba if you have been labeled a “counterrevolutionary,” as I have. These policies are expressly designed to block Cubans from communicating with each other and with outsiders to keep them from organizing politically or socially.

The unconditional end of the embargo will do nothing to change this. On the contrary, it may strengthen the dictator’s hand if it results in fresh capital flowing to the island.

While Hillary gave her by-invitation-only speech, Police prohibit students from protesting outside Hillary Clinton’s pro-Castro Cuba speech at Miami’s FIU, borrowing a page from the Castros.