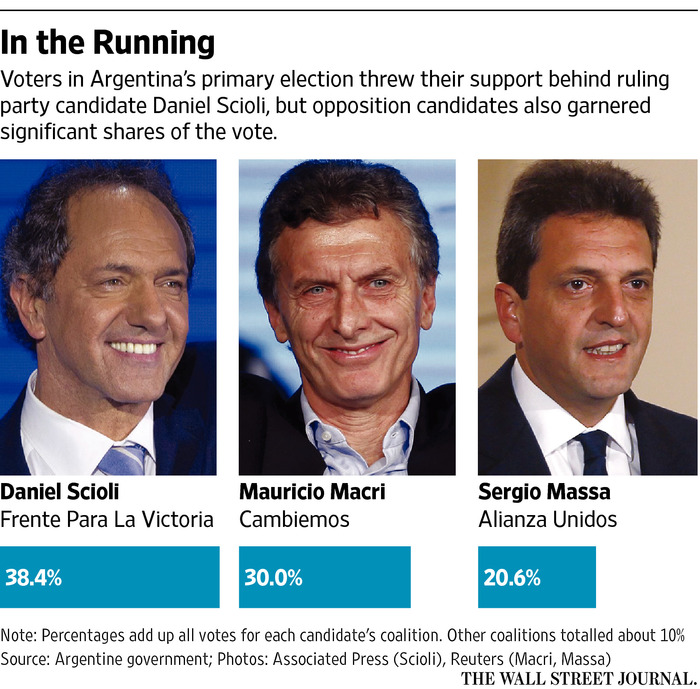 Opposition parties could still rally together to win Argentina’s presidency later this year, but only if there’s a runoff.

Candidates in the general election need at least 45% of the vote, or 40% plus a 10-point margin over their closest rival, to win in the first round.

In the end, the only presidential contender for the FpV received 38.41 percent of valid votes against the 24.28 percent mustered by PRO chief Mauricio Macri, the 3.45 percent obtained by Radical (UCR) party leader Ernesto Sanz and the 2.34 percent received by Civic Coalition leader Elisa Carrió

Scioli’s meeting with Lula and Italian Prime Minister Matteo Renzi, and heading to China and Russia, for some foreign policy bona fides (not that it would seem to matter).

Bayly had José Benegas in last night’s show, talking about the primary (in Spanish),