As you already know, Puerto Rico has run up enough debt to become the Greecespot of the Caribbean, which could have been averted, as former governor Luis Fortuño explained yesterday,

Fortuño was governor from 2008 to 2012, and lost since he insisted on doing what needed to be done. Listen to this 2011 interview with John Stossel,

The debt is only part of the problem,

which points to serious structural problems the current governor, Alejandro García Padilla, is not addressing, asking instead bondholders to “share the sacrifices.”

Here’s the situation as I see it: 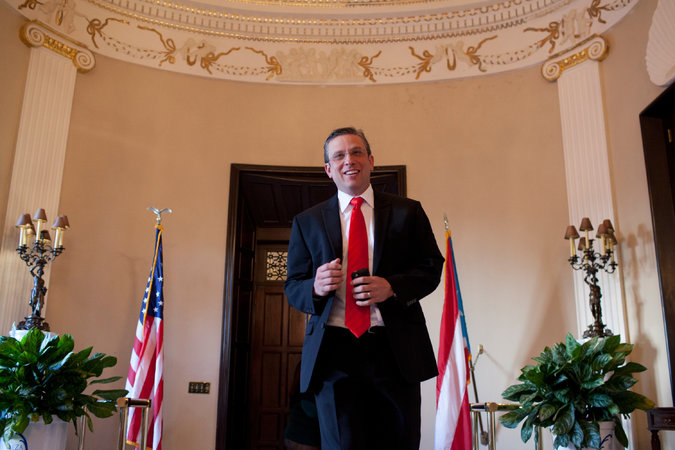 García Padilla’s administration relies heavily on a large bureaucracy, and he knows his predecessor was voted out of office for trying to reduce it. Estimates show that the government of Puerto Rico has 160,000 employees too many. That’s enough of a voter base to keep him in office.

If the U.S. refills the ATM, García Padilla will claim credit for it; if the U.S. doesn’t, he has someone to blame.

And don’t forget that García Padilla and other commonwealth supporters lost miserably during the last plebiscite, when statehood won by approx. 60%. For as long as Puerto Rico remains in a financial swamp, García Padilla knows the question of statehood will be dismissed with “And They Want to Be a State?”
(Or as Ed Koch put it, “The People have spoken … and they must be punished.”)

Again, it is not in García Padilla’s interest to improve the economy.