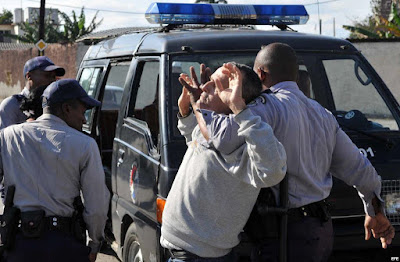 At Notes from the Cuban Exile Quarter: Policy paper shows correlation between US engagement and rising repression in Cuba

Related:
Over 563 Political Arrests in June

Reports from Cuba: ‘If you keep bothering me, I’ll have them call the police,’ says Cardinal Jaime Ortega