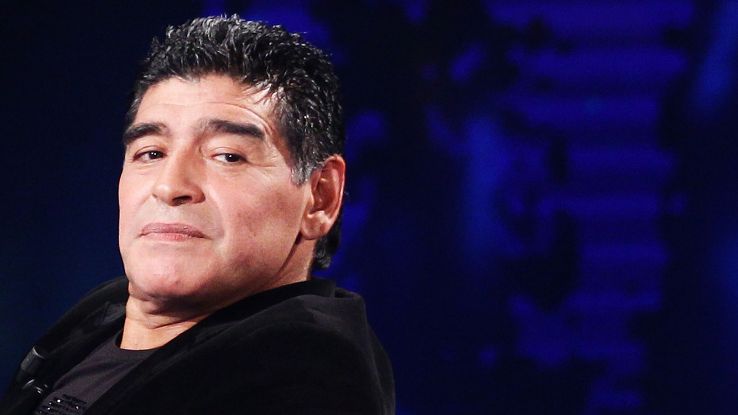 Before we get to Maradona, this:
Venezuela’s currency isn’t worth a penny

Just a month ago, $1 was worth 279 bolivars. That was already pretty dismal for Venezuela. Now $1 equals 408 bolivars, according to the unofficial exchange rate, which most Venezuelans get when they try to trade currency.

Put another way, one bolivar equals $0.002 — less than a penny. The country’s currency has lost nearly half its value since the beginning of May, according to dolartoday.com, a website that tracks the unofficial exchange rate.

It’s another sign that Venezuela is arguably the world’s worst economy.

Elsewhere in the nuthouse,
Diego Maradona backed for FIFA presidency by Venezuela’s Maduro

Speaking on his national television program, Maduro said Argentine football legend Maradona had been calling out FIFA for decades, only to be laughed at. Maradona has been a high-profile supporter of the 16-year-old socialist revolution launched in Venezuela by late President Hugo Chavez.

Just weeks ago, the 1986 World Cup winner wrote a column in The Telegraphnewspaper in England blasting Blatter as a “dictator for life,” while calling FIFA “a disgrace.”

Maradona has exhibited disgraceful behavior of other sorts over the years, but I’m inclined to agree with him on FIFA.

Heck, things are so crazy Maradona may even get the job.

We’ll talk about this in tonight’s podcast at 8PM Eastern.