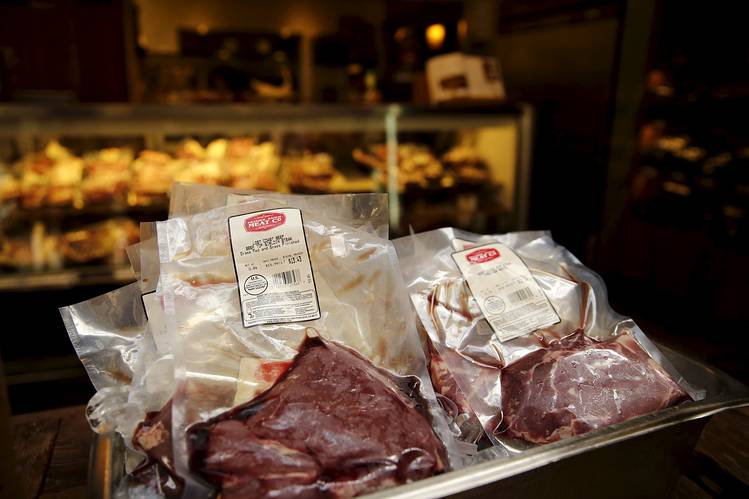 House Votes to Remove Country-of-Origin Labels on Meat Sold in U.S.Washington seeks to prevent a long battle over the labels with Canada and Mexico. It’s not just meat,

Wednesday’s 300-131 vote repealing the country-of-origin labels for meat follows a series of rulings by the World Trade Organization finding the labeling discriminates against animals imported from Canada and Mexico.

Canada and Mexico won a final WTO ruling in May, and are now seeking retaliatory actions valued at a combined $3.7 billion a year. Canada has threatened trade restrictions on a range of U.S. products, including meat, wine, chocolate, jewelry and furniture.

I can understand why tracking Canadian and Mexican imported animals slaughtered in the U.S. is expensive and inefficient; however, I have qualms when it comes to chicken from China.