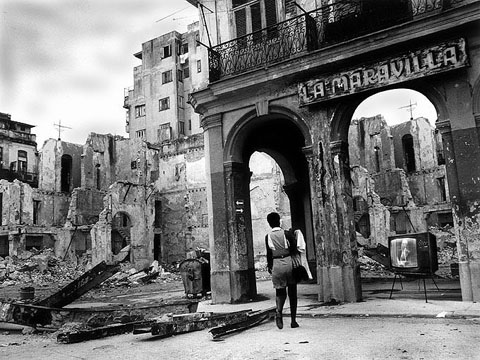 Cuba Outside the Tourist Bubble

It’s not about the lines, though, not really. They’re just a symptom. Scarcity is the disease. And if you think Cuba’s chronic shortages are because of American sanctions, think again. The guy that mentioned Home Depot? He makes a living selling screws and nails on the black market. He’ll be sentenced to prison if he’s caught, so Miroff left his last name out of the article.

Sentenced to prison. For selling nails and screws.

You’ll also go to prison if you sell cooking oil or cheese. You’ll go to prison if you’re found in possession of a lobster whether or not you bought or sold it. Only tourists get to eat lobster, not because it’s an endangered species but because the government sells them at state-run restaurants for foreigners and won’t tolerate anyone challenging its monopoly.

Communism fails just as dismally in Cuba as it failed everywhere else, and for the same reasons. If you ban economic behavior, you won’t have much of an economy.

Read the whole thing, while keeping in mind that the regime has sworn to not change.