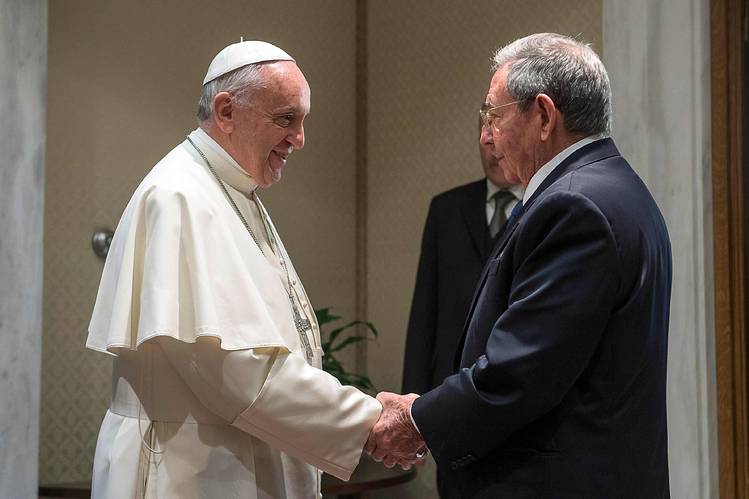 Mary O’Grady writes on what’s Behind the Pope’s Embrace of Castro
Speculation runs from a Trojan horse plan to Latin American antipathy of the U.S.

There is another more plausible explanation for why the pope shows disdain in his exhortation for “a crude and naive trust in the goodness of those wielding economic power and in the sacralized workings of the prevailing economic system.” It lies in an Argentine sense of cultural superiority over the money-grubbing capitalists to the north and faith in the state to protect it.

Mexican historian Enrique Krauze traces this to an intellectual backlash against the U.S. after the Spanish defeat in the Spanish-American war. Examples he cites in his 2011 book “Redeemers” include the Nicaraguan poet Rubén Darío and the Franco-Argentine historian Paul Groussac, who both painted Americans as uncivilized beasts. According to Mr. Krauze, the southern cone—especially Argentina—also had imported the idea of a “socialism that fought to improve the economic, cultural and educational level of the poor, while generating a nationalist state.”

Castro gave the pope a commemorative medal from Havana’s Cathedral of The Virgin Mary of the Immaculate Conception, along with a painting by a Cuban artist depicting a migrant praying to a cross made of wrecked barges, a statement onthe plight of migrants and refugees throughout the world.

As O’Grady points out,

Raul mocked every Cuban refugee, dead or alive, by giving the pope, of all things, a piece of art depicting a migrant at prayer.

No need to wonder if the pope pointed out the thousands dead attempting to leave the island-prison; if he had, the meeting wouldn’t look as congenial.

Again, I ask, If the Pope were working for the other side, what exactly would he be doing differently?

UPDATE:
Read Melanie Phillips’s As I see it: The Vatican channels war against Israel