Pres. Obama, in his desperate quest for a legacy while Iraq is lost and the economy grows at 2%/year, turns a blind eye to human rights abuses and seizes the low-hanging fruit.

Hence, the Communist regime gets all it asks for in exchange for nothing.

Here’s a question,
Obama Says Cuba Doesn’t Sponsor Terrorism. So What Are All These Hijackers and Bomb-Makers Doing There?
The White House says that Cuba has nothing to do with terrorism. But Havana is like a Star Wars cantina of Cold War radicals—including some of the FBI’s Most Wanted Terrorists.

It is not only American terrorists who find safe haven in Cuba. Over a dozen members of the State Department-listed Basque terrorist group ETA reside on the island, though the Cuban government has repatriated several members back to Spain. Last month, however, the Spanish government requested that the United States try to persuade Cuba to extradite two ETA leaders; it’s difficult to see how that will ever happen now that Washington has surrendered even more leverage to Havana by removing it from the State Department list. Cuba also shelters a number of insurgents associated with the FARC, a Marxist-Leninist terrorist organization long at war with the Colombian government. In 2013, the Panama Canal Authority seized a North Korean-flagged ship ferrying undeclared weapons and armaments—including two Soviet-era MiG fighters and surface-to-air missile systems—from Cuba. According to a United Nations report on the seizure, commissioned in respect to Havana’s violation of a Security Council-imposed arms embargo on the North, the shipment “constituted the largest amount of arms and related materiel interdicted to or from the Democratic People’s Republic of Korea since the adoption of resolution 1718,” prohibiting the transfer of various weapons.

North Korea is not the only rogue regime aided and abetted by Cuba. A 2014 report by the Washington-based Center for a Secure Free Society alleges that Cuban state security had assisted Venezuelan officials with passport technology information to help provide new identities to nearly 200 individuals from the Middle East.

What’s next? Two things: 1. ceding Gitmo to the Communists. 2. a triumphal visit – his “presidential aspiration“.

As for the members of Congress who did nothing to stop it, where the hell were you?

UPDATE:
Linked to by BitsBlog. Thank you!

Removal from the list, announced by the department on Friday in an e-mailed statement, came as a matter of course because Congress made no move to block the action within 45 days after President Barack Obama announced plans to do so on April 14.

UPDATE
Linked to by The Universal Spectator. Thank you!

Visitors to Fausta’s blog have been reading about it for years, so it’s good to see more on it: Breitbart News interviewed military and intelligence officials, policy experts, members of Congress, and a former White House official for this report, all of whom warned about the threat posed by Iran’s continuing encroachment into Latin America.Iran is infiltrating Latin America thanks largely to Hezbollah, a Shiite terrorist group that has sworn loyalty to Iranian Ayatollah Ali Khamenei, showing overt preference to the Tehran dictator over its host-state Lebanon. Hezbollah, along with Iran’s Revolutionary Guard Corps (IRGC), have provided the on-the-ground support needed for the proliferation of Iran’s Khomeinist ideology. 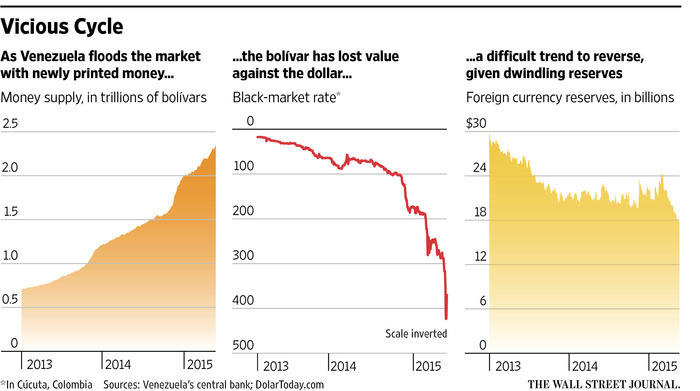 1 A few tweets about the Argentines wanted for the FIFA scandal: Alejandro Burzaco, Hugo Jinkis and his son Mariano. #FIFAarrests

Burzaco is the boss of the sports marketing and media firm Torneos y Competencias, a big player.

3. Jinkis and his son are the President and Vice president of Full Play, which owns the TV rights for a number of national teams

4. in the Americas. The extradition request for the 3 has already been sent from the American Embassy to Foreign Ministry and from there

5. to the relevant legal authorities. That’s where the hurry is likely to end though. The wanted men will likely use all their resources

6. to fight the extradition request. at every level of the Argentine legal system and there are plenty.

7. Also, Burzaco is believed to be in the UK at the moment. It’ll be interesting to see if he gets back here without being arrested.

8. It will take a long time before the accused exhaust their options before the courts here and they will have an important ally in their

9. struggle in the person of Attorney General Gils Carbó, ultra loyal to the President and the main artificer

11. in covering up the AMIA massacre made by the late and probably murdered Prosecutor Alberto Nisman.

12. It’s likely that the accused will still be fighting in the courts after the President leaves power in December

13. but not to worry, Gils Carbó, a firm believer in President’s worldview of machinations by global powers

14. conspiring against heroic Argentina, enjoys tenure in office and that can only be removed by a congressional vote

15 that no future president is likely to have the numbers for. So the final call on extradition will probably fall to the next President

16. .Most likely that will either be Scioli or Randazzo, both of whom will be spancelled, at least in their initial period of office

18. Even if by some miracle opposition candidate Macri wins power, he will still be limited by this same factor

19 and the lack of a congressional majority. And Macri would have an extra problem too in that Burzaco’s brother Eugenio was

20. and possibly still is up to his eyes in the security arm of Macri’s PRO party. As ever in Argentina: No one is innocent

21. One final point, if we are lucky we may be treated to another rant from the President about all this on national television.

22. She shares a similar outlook on the evil machinations of some Jewish people as Jack Warner, one of the FIFA accused already under arrest

This article was produced by the Xinhua News Agency, the official press agency of the People’s Republic of China. Xinhua describes itself as the “information organ of the central government.” Given China’s size and importance, GlobalPost publishes Xinhua’s press feed as a resource for its readers and makes no claims as to journalistic accuracy.

Santiago de Cuba’s Guillermon Maoncada port is undergoing a dramatic transformation into a modern multipurpose terminal with involvement of a Chinese company.
China Communications Construction Company Limited (CCCC) is in charge of the port’s rehabilitation and modernization project which is slated to be completed in three years.
. . .
Valued at 120 million U.S. dollars, the future multipurpose terminal will facilitate the arrival of ships weighing up to 40,000 tons and will have high-tech port equipment which will possess better control ability.The transformation will enable the port to handle around 565,000 tons of goods per year, local authority said. Currently the port attracts ships with a general load of 20,000 tons.

Meanwhile, Russia’s planning to expand its permanent military presence outside its borders by placing a military base in Cuba.

Welcome to the era of moral imbecility, where “realism” wins over moral clarity..

Read also Esther Goldberg’s The Realism of Moral ImbecilesHoping our enemies will treat us extra nice.