Two items:
Obama Says Cuba Doesn’t Sponsor Terrorism. So What Are All These Hijackers and Bomb-Makers Doing There?
The White House says that Cuba has nothing to do with terrorism. But Havana is like a Star Wars cantina of Cold War radicals—including some of the FBI’s Most Wanted Terrorists.

Cuba was originally placed on the terrorism list in 1982, as punishment for its support of communist insurgencies in places ranging from Nicaragua to Angola. In recent years, it shared a place on that list with just Iran, Sudan, and Syria. (The Bush administration controversially removed North Korea in 2008.) There are some 70 American fugitives from justice living in Cuba today, though not all are terrorists. And while Cuban soldiers may no longer be fighting American-backed proxies in Southern Africa, Cuba remains something of a Star Wars cantina of violent Cold War-era radicals.

In addition to JoAnne Chesimard AKA Assata Shakur, William Morales and Charlie Hill,

It is not only American terrorists who find safe haven in Cuba. Over a dozen members of the State Department-listed Basque terrorist group ETA reside on the island, though the Cuban government has repatriated several members back to Spain. Last month, however, the Spanish government requested that the United States try to persuade Cuba to extradite two ETA leaders; it’s difficult to see how that will ever happen now that Washington has surrendered even more leverage to Havana by removing it from the State Department list. Cuba also shelters a number of insurgents associated with the FARC, a Marxist-Leninist terrorist organization long at war with the Colombian government.

Which brings us to the second item,
Day After Obama Removes Cuba from Terror Sponsor List, Terror Group Sponsored by Cuba Kills 10
Cuba has been harboring FARC terrorists for years. This morning, FARC murdered 10 Colombian soldiers. 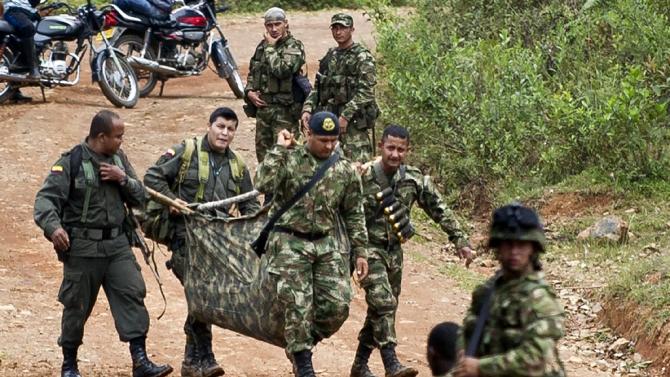 Reaping the fruit of “smart diplomacy,” early on.

A 2014 report by the Washington-based Center for a Secure Free Society alleges that Cuban state security had assisted Venezuelan officials with passport technology information to help provide new identities to nearly 200 individuals from the Middle East.

All of this will look like small potatoes once Obama gives Guantanamo to Cuba.