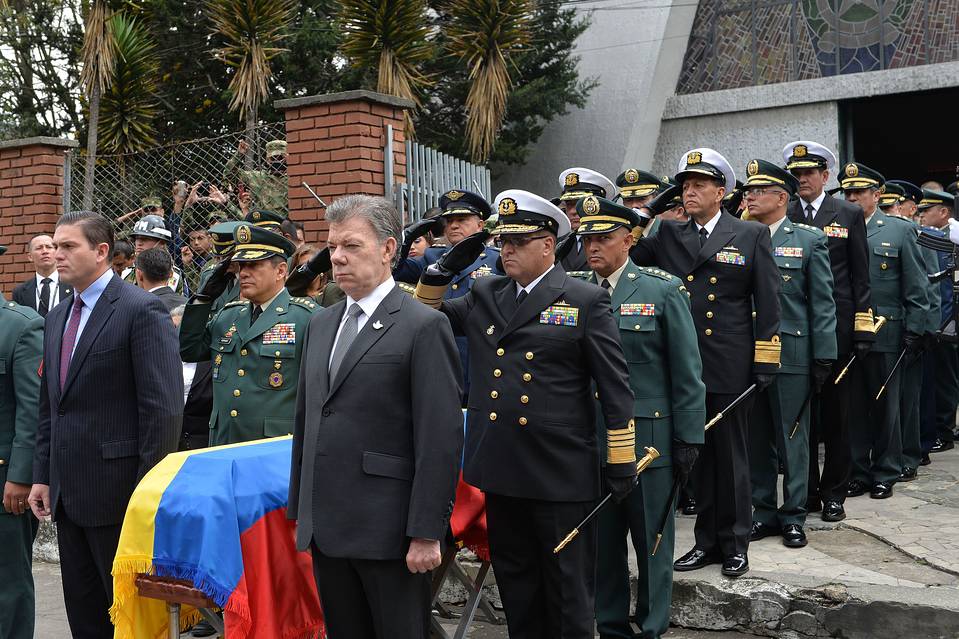 Days later the government denied rumors that Mr. Santos will now seek special powers, via a referendum, to negotiate and seal a deal without congressional or public review. Colombians I talked to expect the president to try just that, noting that he is running low on time and credibility.

Mr. Santos didn’t help last week when he released a Chinese ship carrying an undeclared weapons cache, which had been seized in Cartagena in early March. The Da Dan Xia’s bill of lading claimed it was carrying grain. But according to press reports Colombian authorities found 100 tons of gunpowder, 2.6 million detonators for bullets, 99 “projectiles” (rocket-propelled grenades, to venture a guess) and 3,000 artillery shells—in other words, the stuff of guerrilla warfare.

Once freed, the floating armory went to Cuba, which according to China had ordered the low-tech hardware. But then why the false documentation and why won’t the Colombian government say what the ship was delivering to Colombia?

Borrowing a page from their Cuban Communists hosts,

The FARC rebels aren’t much for negotiating. They say they won’t go to jail for atrocities, they won’t turn over their weapons, and they won’t give up the wealth and land they acquired at gunpoint.

Santos went on TV to talk about the peace process (video in Spanish), essentially calling for peace at all costs,

Outside, a crowd gathered to boo him.