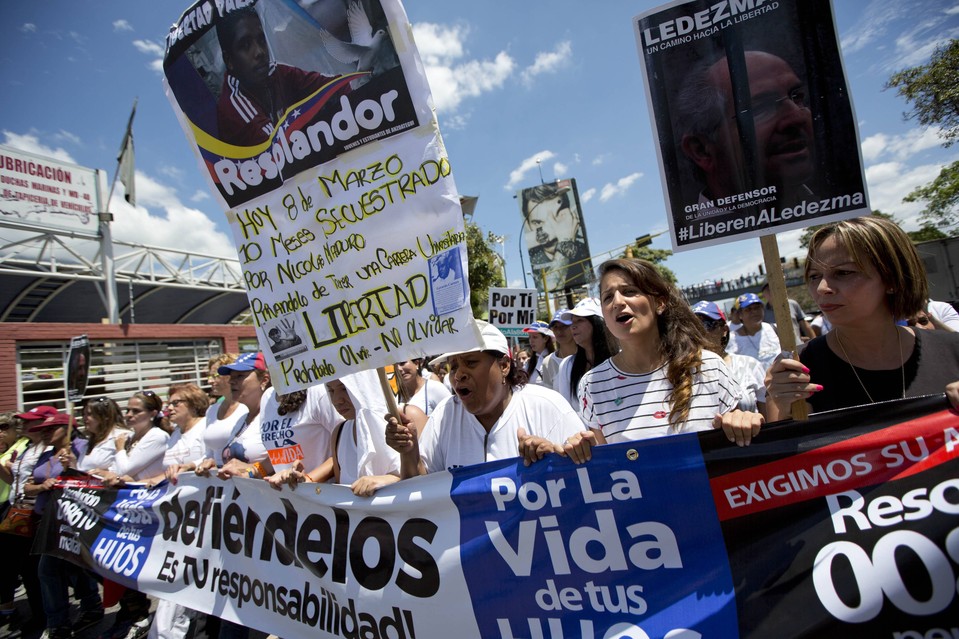 President Obama today issued a new Executive Order (E.O.) declaring a national emergency with respect to the unusual and extraordinary threat to the national security and foreign policy of the United States posed by the situation in Venezuela. The targeted sanctions in the E.O. implement the Venezuela Defense of Human Rights and Civil Society Act of 2014, which the President signed on December 18, 2014, and also go beyond the requirements of this legislation.

President Barack Obama declared Venezuela a national-security threat and froze the assets of seven senior officials over alleged rights abuses and political repression.
…
The move puts all seven officials on a U.S. government blacklist that freezes any assets in the U.S. and prohibits American citizens from dealing with them.

Declaring a country a national-security threat is a formality that allow the U.S. government to impose sanctions on individuals or other countries.

Seven Venezuelan officials targeted by US The seven are:
The President imposed sanctions on the following seven individuals listed in the Annex to the E.O.:

In that regard, the language in the Executive Order makes perfect sense. In sidestepping sanctions for ordinary Venezuelans while targeting the actual human rights abusers, the Obama administration is zeroing in on the problem without creating unnecessary controversies regarding “embargoes” or other nonsense.

It has also chosen the perfect time for its offensive, right when the Maduro administration is at its weakest. It is most certainly creating tension and conflict within the ranks of chavismo. After all, it’s probably more difficult to target sanctions against someone like Diosdado Cabello, who has probably prepared for years for something like this, than it is to zero in on the guys in the second-tier of decision making, the ones actually implementing the orders from Miraflores. I doubt poor old Katherine Harrington-Colby has the testaferros that Diosdado has.

Maduro and his cronies are a threat to US national security. Let’s hope the pressure makes Maduro bend a little and free some of the political prisoners. After all, how much worse can things get for them?

VN&V is skeptical: Another day, another US sanction against Venezuelan apparatchicks [sic].

So is Carlos Eire:

Get ready for a wild ride. The current occupant of the White House and his acolytes are slapping Venezuela on the wrist for its human rights violations at exactly the same time that they are rewarding those in Havana who are ultimately responsible for those violations with all sorts of outlandish concessions, including the agreement to never, ever bring up the issue of human rights abuses in the “normalization” talks between the U.S. and the Castro regime.

Heading the race to the bottom, Venezuela’s Minimum Wage Is Now $20 A Month; Congratulations To Bolivarian Socialism