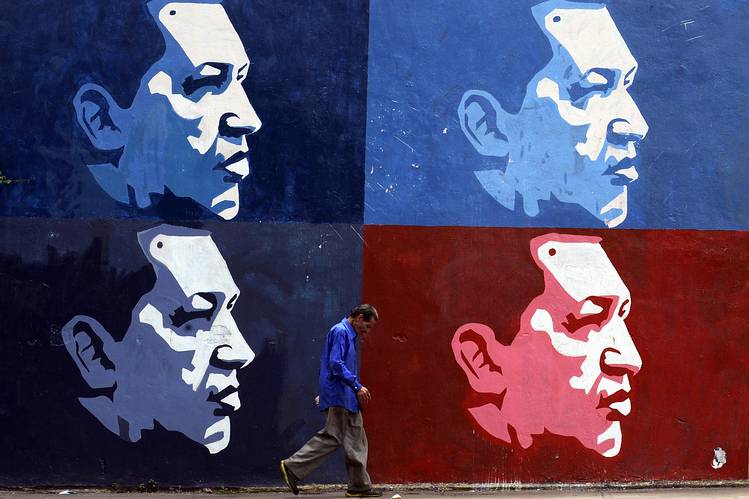 The first favor they described, according to Veja, was that Argentina would cover up Iran’s role in the 1994 terrorist attack on a Jewish community center (known by its Spanish initials as AMIA) in Buenos Aires. The second favor was that Argentina would “share their long experience in [a] heavy-water nuclear reactor, an old-fashioned, expensive and complicated system but one that allows plutonium to be obtained from natural uranium.”

And then there were cash transfers,

The unnamed defectors claim that among other means to manipulate Argentina in favor of Iran, Venezuela arranged direct cash transfers. In August 2007, when Argentine customs officials discovered a suitcase containing an undeclared $800,000 in a plane from Venezuela, most observers chalked it up to Chávez’s efforts to spread his influence around the region. But one of the defectors told Veja that the loot was a gift from Iran for Mrs. Kirchner’s presidential campaign.

The claim in the Veja story that the cash originated in Iran and that a twice monthly Caracas-Damascus-Tehran flight between 2007 and 2010 facilitated its transfer to Venezuela is interesting. Veja notes that Venezuela’s then-foreign minister Tareck Zaidan El Aissami Maddah, now the governor of Aragua and a bigwig in the United Socialist Party of Venezuela, played a key role in running those flights.

I’ve been blogging on the secret flights for over half a decade, and also about the possibility of an Iranian missile base in Venezuela.

Iran was sore about that according to Nisman’s 2006 indictment of the Iranians. “There is sufficient evidence to prove that the [AMIA] attack was carried out in Argentina owing to the Argentine government’s unilateral decision to terminate the nuclear materials and technology supply agreements that had been concluded some years previously between Argentina and Iran,” the Nisman report said. The same report says that “at this period the Iranian government felt that it was crucial for Iran to develop its nuclear capacities.”

It looks like Nisman was about to blow the lid with more findings . . . and then he was murdered.