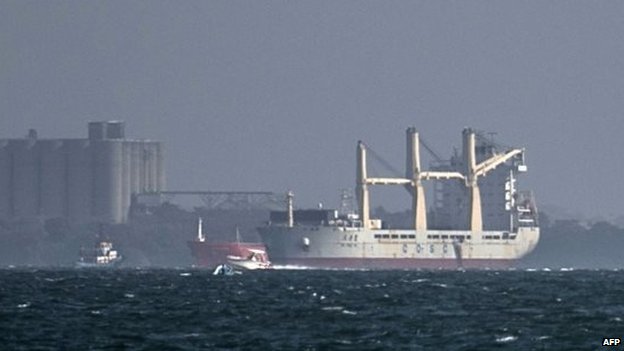 Along with long-range weapons systems, the BBC reports that the Chinese ship Da Dan Xia, intercepted last week by Colombian authorities as it headed to Cuba, was carrying

About 100 tonnes of gunpowder, almost three million detonators and some 3,000 cannon shells were found on board the Da Dan Xia, officials said.

But according to the ship’s records, it was carrying grain products.
. . .
The Da Dan Xia is operated by China’s largest shipping company, Cosco Shipping.

Cuba isn’t saying anything yet, but the Chinese say,

Rather than dig into the illegal weapons trade, American media is focused instead on Conan’s trip to Cuba,

Looks like Conan spent more time interacting with dogs than with dissidents.

Humberto Fontova reminds us that