After Russia, Venezuelan dictator Nicolas Maduro headed to China in his search for funds. He wore a suit: 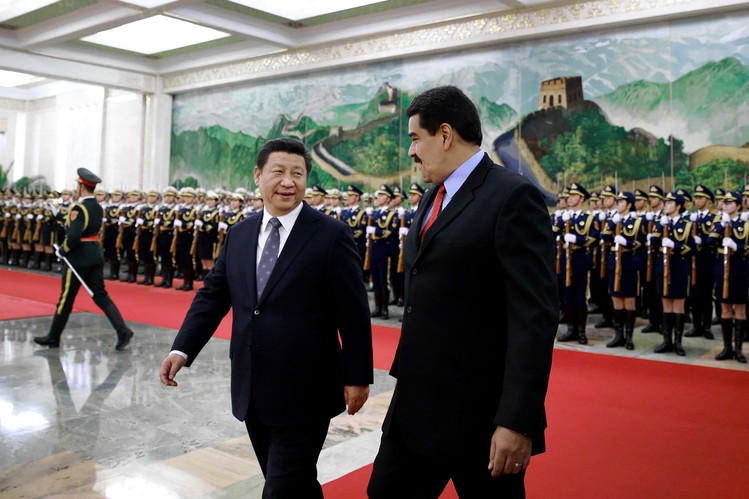 He didn’t get what he was after:

When Nicolas mentioned US$ 20 billion, the Chinese smiled. An unscrutable [sic] smile at that. US$ 20 billion, they said, we would not pay that for all of Mongolia, said one of the Chinese. Nicolas argued back saying Sidor alone was worth US$ 10 billion, to what Ling Pin answered: “Chavez paid US$ 1.97 billion for it when it was functioning and eporting [sic]”. As we went out Maduro asked me what that was about and I said: “I did not know that”

Devil’s Excrement has the unofficial Road Trip or The Fantastic Voyage tale.

The impact of the announcement will depend on how much of the $20 billion will be a cash transfer instead of long-term contracts for Chinese goods and labor, Eurasia Group analyst Risa Grais-Targow said in an e-mailed report.

“The funds do not necessarily represent freely available cash that the government can use for imports or to make debt payments,” Grais-Targow said.

Things are bad enough that

which, by the way, also avoids the foreign currency control mess.

Maduro’s not the only guy looking to China for a handout:
Correa Heads to China for Financial Lifeline
Ecuadorian President Secures US$7.5 Billion Loans to Plug Oil Shortfall

Correa has already netted loans worth US$7.5 billion and signed nine bilateral cooperation agreements with his Chinese counterpart, Xi Jinping.

Experts said it was unclear without further details what kind of impact the new financing would have on the Venezuelan and Ecuadorian economies.

Next thing you know, Nic & Rafa may have to start building canals.