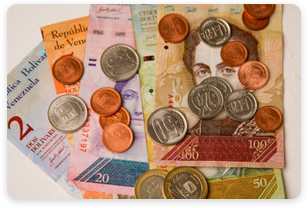 Russ Dallen looks at what’s ahead:
Hello 2015: Argentina and Venezuela – the emperor has no clothes

But in the second half of the year, what makes for a frightening Halloween/Guy Fawkes period for investors is that Venezuela and PDVSA must pay $3.4bn in bonds and $1.7bn in interest for a scary total of $5.8bn. If oil has not recovered by then (or worse still, continues to deteriorate) and Venezuela is still shut out of international capital markets (where its bonds are currently trading at yields of 50 per cent), it could be lights out for the Bolivarian Republic, which has already quietly and seemingly unnoticed defaulted on the bonds of steel company Sidetur, which it expropriated in 2012.

Read his post for what’s ahead on Argentina’s debt.

He is much more optimistic than I when it comes to elections, though.

Related:
Bank of America: If Maduro does not devalue [the currency], Venezuela could reach 1,000% inflation