Face it, guys, this week’s news has been exhausting. Time to think of other things: 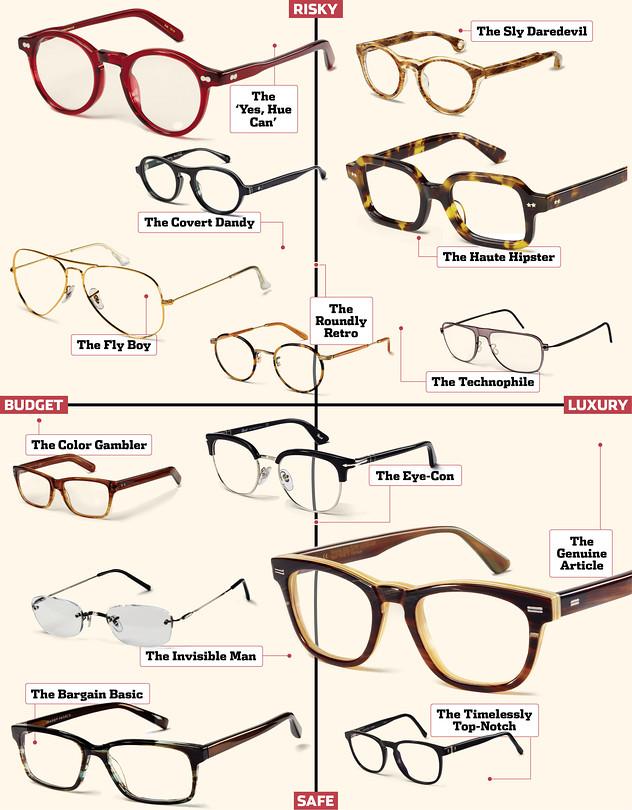 Glass Distinctions: Which Eyewear Frames Suit Your Personal Style?
You don’t want the same boring frames. But how much of a style risk can you live with every single day?

Eyewear can define who you are and who you want to be perhaps more than anything else a man owns. “You could have a great pair of shoes or a great suit, but people are first connecting with your face, so finding the right pair of glasses is crucial,” said designer Garrett Leight, who has followed in the footsteps of his father Larry Leight, founder of 28-year-old Oliver Peoples, by creating his own eponymous eyewear company which specializes in frames inspired by classics from the literary and film worlds.

With women, traditionally it’s been different, with the gin-soaked Anita Loos creating a mantra for generations with “Men don’t make passes at girls who wear glasses.”

Until you find the guy who does:

A question to my FB friends,
Who was the best actor in all of The Godfather movies? (pick one)
1. Al Pacino
2. Marlon Brando
3. Lee Strassberg
4. Robert Duvall
5. Robert DeNiro
6. James Caan
7. Richard S. Castellano (the guy that played Clemenza)
and,
8. John Cazale (apologies for the omission!)