Sending a 37-yr old speech writer to do the negotiating (talk about a jayvee team!) in secrecy gets you a free hostage in exchange for throwing away the demands of Cuba’s citizens who dare to speak out, and U.S. law:

For 55 years, the only free, legal and popular demand from Cubans has been a call for a referendum on self-government, the Varela Project. We want changes in the law that will guarantee freedom of expression and association, the release of political prisoners, the right to own private enterprises, and free and plural elections.

You asked in your historic speech : How can we uphold that commitment, the commitment to freedom?

I take you at your word, Mr. President. The answer to you and to all the world’s democratic governments is: Support the implementation of a plebiscite for free and pluralistic elections in Cuba; and support citizen participation in the democratic process, the only thing that will guarantee the end of totalitarianism in Cuba.

Several laws control the embargo. Among the most recent is the 1992 Cuban Democracy Act (codified in Chapter 69 of Title 22, U.S. Code). Section 6005 of the law outlines sanctions imposed against Cuba – the qualified blockade, prohibition on some financial transactions, and limitation on remittances.

But then there is Section 6007, the waiver provision. This tells us that, while it is true that it would require an act of Congress to repeal the restrictions on Cuba, no legislation is necessary to ignore the restrictions. The act empowers the president to do that on his own. All he needs to do is represent to Congress that the Cuban government

(2) has permitted opposition parties ample time to organize and campaign for such elections, and has permitted full access to the media to all candidates in the elections;

(3) is showing respect for the basic civil liberties and human rights of the citizens of Cuba;

(4) is moving toward establishing a free market economic system; and

(5) has committed itself to constitutional change that would ensure regular free and fair elections that meet the requirements of paragraph (2).

Similarly, Section 6006 enables the president to provide humanitarian aid (food, medicine, and medical supplies) to Cuba … provided he represents to Congress that the Cuban government

(1) has made a public commitment to hold free and fair elections for a new government within 6 months and is proceeding to implement that decision;

(2) has made a public commitment to respect, and is respecting, internationally recognized human rights and basic democratic freedoms; and

(3) is not providing weapons or funds to any group, in any other country, that seeks the violent overthrow of the government of that country.

In other words, it has been American policy for decades – the policy Obama says does not “work” – that the United States may and should provide significant aid as long as Cuba, in return, stops terrorizing its citizens, respects basic human and civil rights, respects democratic freedoms, refrains from arming terrorists and insurrectionists, liberalizes its economy, establishes a free press, and lays the groundwork for free and fair elections.

McCarthy goes on to ask,

So, if that hasn’t “worked” to encourage Cuban reform, what is the president suggesting will “work”? Giving Cuba aid and legitimacy without requiring the regime to change? Why would we want to give an American taxpayer dime to, or help legitimize in any way, a regime that rejects these basic elements of a civilized society?

But no matter. The attitude is, “Let’s try something different. As for the Castros, they’ll be gone in a few years. In the long run, who cares what they do?” (I’m quoting from a blog that doesn’t need my links). 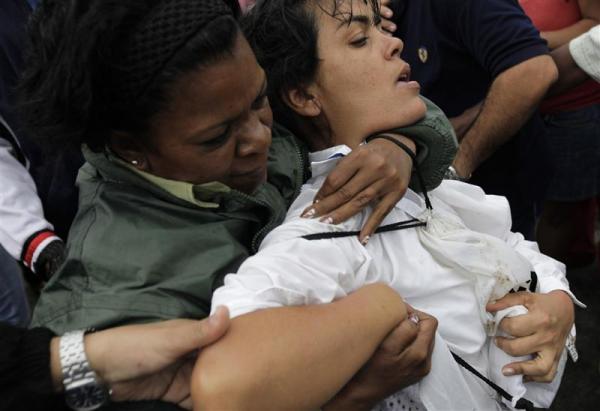 “What difference, at this point, does it make?”