Former president, now senator, Álvaro Uribe has been keeping track of the FARC casualty list during the peace talks:

But president Juan Manuel Santos is intent on leaving a legacy as the president who ended “the longest-running conflict in the hemisphere.” Cynic that I am, he’s probably hankering for a Nobel Peace Prize. 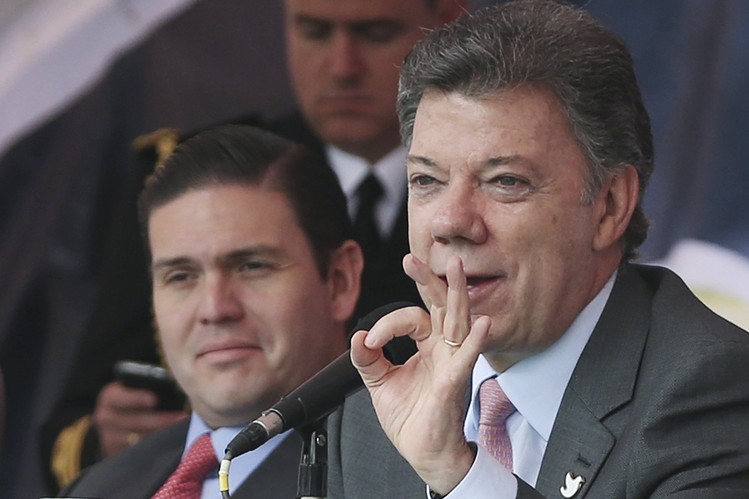 Now he’s proposing broadening the definition of “political crime” to include drug trafficking, but only for FARC members. Mary O’Grady explains,

Not all drug traffickers would be eligible to have their crimes reclassified, he said. Instead the proposal would be a sweetener offered by the government “specifically” for the narco-terrorist Revolutionary Armed Forces of Colombia (FARC) in the peace talks, now in their fourth year in Havana. The idea, he said, is to prepare for “the day that members of FARC want to participate in politics.”

The negotiations, which were supposed to last a year, have gone on for 40 months, which gives the Cubans plenty to work on,

Cuba is notorious for 24/7 surveillance of influential visitors. The home-court advantage allows it to psychologically evaluate Colombian negotiators, study their weaknesses and develop relationships of trust to manipulate them. The KGB also taught the Cubans to recognize, and make use of, excessive personal ambition, Mr. García said.

Mr. Santos has not hidden his yearning for a deal that would be labeled the end of the longest-running conflict in the hemisphere. It’s hard to ignore the possibility that Cuba and the FARC are toying with the president’s ego.

Fifteen months ago, Santos was saying he was amenable to granting unelected guerrilla leaders seats in Congress. He has become enough of a tool to destroy democracy in the process.