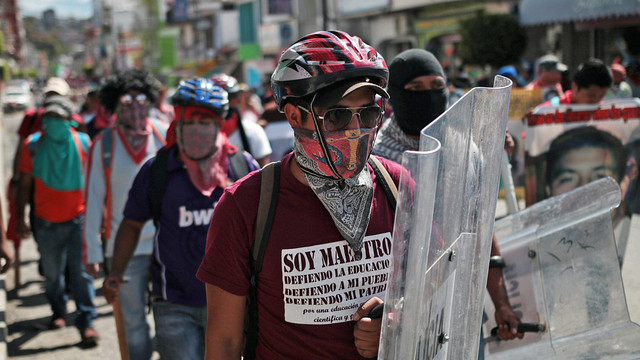 Venezuela is importing oil as a direct result of its disastrous refinery fires a year ago. What is being imported is light sweet crude to act as diluent when blended with the very heavy crude oil so that it can be pumped from the fields to the terminals/refineries.

Without fully functioning refineries/upgraders, no diluent is being made (kind of like diesel)

Also being imported is diesel and gasoline.

There is severe ship congestion since terminals are not set up to receive the crude oil and refined products. Long waiting times (meaning a lot of extra cost in demmurage to shipowners)

Venezuela’s average oil-export price last week fell to $72.80 a barrel, the lowest in four years, pushing the yield on the country’s benchmark bonds to almost 19 percent for the first time since the global financial crisis. Oil accounts for 97 percent of foreign exchange income, which the country needs to pay about $28.5 billion of bond principal due in 2016.

To defend oil prices, Maduro said he sent the country’s foreign minister to five oil producers, including Mexico and Russia, to drum up support ahead of the Nov. 27 meeting of the Organization of the Petroleum Exporting Countries, which Venezuela co-founded. Back in the late 1990s, Venezuela ended a slump in oil prices by cutting production along with other OPEC and non-OPEC producers.

A @BatDadBlake break at Da Tech Guy Blog, the best way to start the weekend!

A Brazilian priest could become the Catholic Church’s first surfer saint after the Vatican agreed to consider his canonisation, five years after he drowned while surfing off the coast of Rio de Janeiro.

Guido Schaffer, who was 34 when he died in 2009, was known in Brazil as the “Anjo Surfista,” or “Surfer Angel”.
. . .
Schaffer, who had trained as a doctor before studying to enter the priesthood, had worked with indigenous tribes in Brazil as well as with the poor.

Schaffer drowned a few months before his ordination.

Eight months ago I was blogging about Putin’s quiet Latin America play. Not so quiet anymore,
Russia’s long-range bombers to conduct regular patrols over Arctic Ocean, Caribbean and Gulf of Mexico

Russia’s long-range bombers will conduct regular patrol missions from the Arctic Ocean to the Caribbean and the Gulf of Mexico, the military said Wednesday, a show of muscle reflecting tensions with the West over Ukraine.

Earlier this year, [Russian Defence Minister Sergei] Shoigu said that Russia plans to expand its worldwide military presence by seeking permission for navy ships to use ports in Latin America, Asia and elsewhere for replenishing supplies and doing maintenance. He said the military was conducting talks with Algeria, Cyprus, Nicaragua, Venezuela, Cuba, Seychelles, Vietnam and Singapore.

Shoigu said Russia was also talking to some of those countries about allowing long-range bombers to use their air bases for refuelling [sic].

Almost a year ago to the day, John Kerry put a “Kick me” sign on America; now we have major cities, army bases, ports, and refineries at Russian-missile range.

Related:
Why Russia Has Reinvaded Ukraine
Aware that America lacks the resolve to impose sanctions, Putin has little incentive to back down.

honesty about lying, that is. I posted on it at Da Tech Guy Blog, along with an offer to buy a guy lunch at Versailles: