Venezuelan oil revenues prop up not only the Maduro government but also Cuba, and other countries receive Venezuelan oil through Petrocaribe. 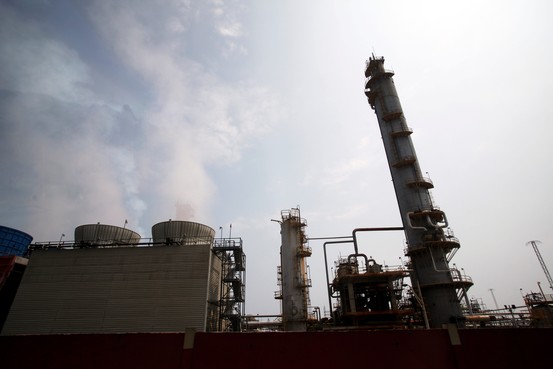 Venezuela Vulnerable to Oil’s Fall
Fears among investors grow that Caracas could default its debt, as crude’s decline exacerbates the country’s recession and widespread consumer shortages.

Oil exporters from Russia to Iran are suffering with the lowest crude oil prices since June 2012. But few are as vulnerable as Venezuela, where a free-spending populist government had already been grappling with a recession, widespread shortages, and massive protests earlier this year.

Analysts expect that the Venezuelan barrel—heavier and more expensive to process than Middle East oil—will have fallen below $80 when officials announce this week’s price on Friday, which would be the lowest since late 2010. Last Friday, Venezuelan officials said their country’s crude had fallen to $82.72, nearly a $10 tumble in a little over a month.

Years ago I estimated that the chavistas need a minimum of $75/barrel for their agenda.

We’ll see what happens if it goes down to that number.

If oil prices stay below $90 per barrel for any length of time, we will witness massive fiscal squeezes and regime changes in one or more of the following countries: Iran, Bahrain, Ecuador, Venezuela, Algeria, Nigeria, Iraq, or Libya. It will be a movie we have seen before.