Back to English, in other Argentina news:

The contempt decision comes after the country has made several attempts to get around Judge Griesa’s series of rulings that say the country can’t pay its restructured bondholders until it pays the approximate $1.6 billion it owes to its holdout creditors.

Argentina recently passed legislation to switch the jurisdiction of its bonds governed by U.S. law to Argentina, which Judge Griesa repeatedly has said is illegal and can’t be carried out. The country also is trying to remove Bank of New York Mellon Corp. BK -0.85% as the trustee bank that processes payments and replace it with a local Argentine bank, another move that triggered the contempt citation.

“[Argentina] has been and is now taking steps in an attempt to evade critical parts of” U.S. court order, Judge Griesa said on Monday at the federal courthouse in Manhattan. “There’s a very concrete proposal that would clearly violate the injunction.”

Judge Griesa has jurisdiction in this case because Argentina in the 1990s borrowed money from foreign investors under the agreement that any disputes would be litigated in U.S. courts. Argentina defaulted in 2001, and has for years battled hedge funds that refused to accept debt exchanges in 2005 and 2010.

The hedge funds that sued Argentina in the U.S. agreed to support a request by Citigroup (C), which sought to pay $5 million interest, tied to Argentine bonds, due to today.

While El Puma and a few others call for Venezuela’s military to rise up against the Cuban-run dictatorship, there’s a big reason why that’s unlikely: perks.

Perks, and the likelihood they already are running the country:

New Cars for the Army as Venezuelans Line Up for Food

The market with everything from subsidized meat to baby strollers, along with loans, new cars and apartments, are perks provided to the armed forces as the economy contracts, poverty rises and President Nicolas Maduro’s popularity sinks to a record low.

The benefits help ensure the loyalty of the military, while siphoning reserves away from the poor who have seen wage growth fall behind inflation, according to analysts, citizen activists and academics.

Since Maduro came to power 17 months ago, the armed forces have created their own television channel, housing program and bank, the only military-owned one outside Iran and Vietnam. A third of Venezuela’s 28 ministers and half the state governors are now active or retired officers, mostly companions of former paratroop commander and late President Hugo Chavez.

This echoes the Cuban model, where most businesses that cater to tourists are own by the military. In fact, Venezuela is now a military regime:

The rise in prices is not the only kind of inflation affecting Venezuela. Bloomberg reports that “its military now has between 4,000 and 5,000 generals” for a ratio of one general for every 34 servicemen (in the United States the ratio is one general per 1,490 servicemen). As expected, generals enjoy higher salaries and many other benefits. Moreover, the intelligence community believes that high-ranking army officers control most illegal activities in Venezuela, from smuggling to drug trafficking. In other words, military men are profiteering from the status quo.

Count the Armed Forces alongside Wall Street and China as the three groups Maduro will never default on. That´s why it pains me to read simplistic stuff such as García Mora’s latest, where he wonders out loud when the country will finally break.

Some 45,000 illegals released during the border crisis didn’t show up for their immigration hearings, provoking another Capt. Louis Renault moment.

ARGENTINA
While the government sends drones and goes into travel records, who does the UN Human rights Council complain about?
Argentina uses drones to root out wealthy tax evaders
Drones deployed by tax inspectors near Buenos Aires found 200 mansions and 100 swimming pools that hadn’t been declared

#Argentina's govt may be underreporting inflation, but my estimates imply a 68% annual inflation rate. http://t.co/2DkIH3sZF6

CHILE
Chile Investigating Thursday’s Bombing
Chile officials said they were unsure who made a homemade bomb that exploded yesterday in central Santiago that killed a 29-year-old man but were vowing to track down those responsible.

The Global Lawyer: A Review of Paul Barrett’s ‘Law of the Jungle’

Behind the Chevron Case

On September 10th roughly 1,000 law-enforcement officials raided the Garment District of Los Angeles, seizing at least $65m in cash and arresting nine people. According to court documents, several garment businesses allegedly helped drug traffickers ferry proceeds from sales back into Mexico. The scheme is relatively simple. Black-market peso brokers contact Mexican importers who want to buy goods from a business in Los Angeles. The broker then finds a gang associate in the United States to pay the bill on behalf of the Mexican importer, using dollars from drug sales. The importer pays the broker in pesos; the broker takes a cut and passes along the remainder to the gang in Mexico.

Kidnapped Mexican Congressman Gabriel Gomez killed
The Mexican authorities say one of two burned bodies found in a car in the central state of Zacatecas is that of a federal Congressman abducted on Monday.

PERU
Peru: Suspects Arrested in Killings of 4 Environmental Activists
Peru has arrested two loggers suspected of murdering four environmental activists to keep them from opposing timber extraction on native lands near the border with Brazil.

The week’s posts and podcasts:
Venezuela: Nothing to dance about

Maduro goes to the South Bronx

In case you missed them

Argentina: What do Pope Francis and George Soros have in common?

Venezuela: Don’t talk about the Chikungunya

This morning’s podcast with Silvio Canto, Jr., US-Latin America stories of the week 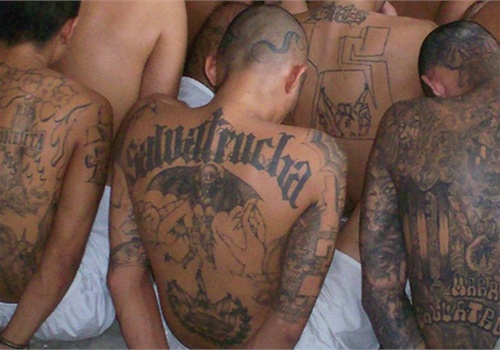 We Aim to Elevate the Category of Rum: Serrallés 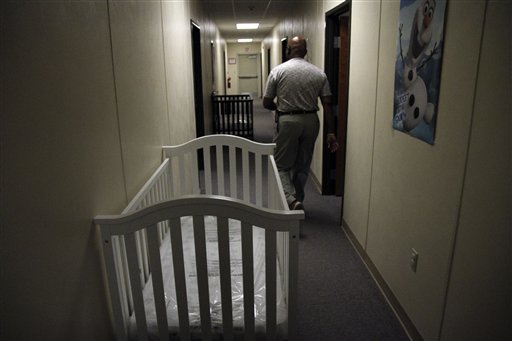 Nicolas Maduro was in NYC for the climate change summit and the UN General Assembly – ignoring protesters, but he also took the Mrs. dancing in the South Bronx, where he indulged on the congas,

Over in Venezuela, while the cat was away the mice had nothing to dance about:

The opposition are beginning to collect signatures to force a constitutional assembly and remove Maduro before the 2019 presidential elections.

The discontent has spread to unions representing hundreds of thousands of state workers. The National Federation of Public Sector Workers, which represents administrative workers and teachers, this month publicly criticized the government for delaying contract renewals. Some of them expired as long as 10 years ago, leaving workers with devalued salaries.

The central bank’s international reserves meanwhile are down 29% to $21 billion since the start of 2013.

Francisco Toro writes about The Routinization of Barbarism:

Small wonder that The Economist refers to Venezuela as Probably the world’s worst-managed economy.

My latest, Up next: A mercenary army?, is up at Da Tech Guy Blog.