Just as the headlines feature a Video Posted by Ukrainian Government Shows Russian Surface-to-Air Missile Carrier Hightailing It Back to Russia… Missing One Missile, Russia will reopen spy base in Cuba

A report that Russia will reopen a Havana base that eavesdropped on U.S. communications from Key West to Washington has triggered fresh warnings of Moscow’s expansionism and predictions of a continued freeze in U.S.-Cuba relations.
Until its closure in 2002, the Lourdes base was Moscow’s largest intelligence facility abroad, with up to 1,500 KGB and GRU military intelligence officers manning an array of antennas and computers in the super-secret 28-square-mile base.

The article says, “If true, reports that Russia will reopen a spy base in Cuba will complicate, if not halt, any Obama administration effort to warm up relations with Havana,” which is risible, considering current U.S. foreign policy.

BRAZIL
Brazil President Loses Ground
Dilma Rousseff is losing ground with potential voters and raising the odds that she will face a runoff in October’s presidential election, a recent poll showed.

Building the myth of under-development, BRIC by BRIC

In Mexico, impunity prevails for attacks on the journalists, says Article 19

On Southern Border, Mexico Faces Crisis of Its Own
Mexico has announced plans for tightened deportation and border control policies as its migrant numbers surge in response to worsening gang violence in Central America.

PERU
Update: Family of ODU student who died in Peru hopes he could be back home by next week 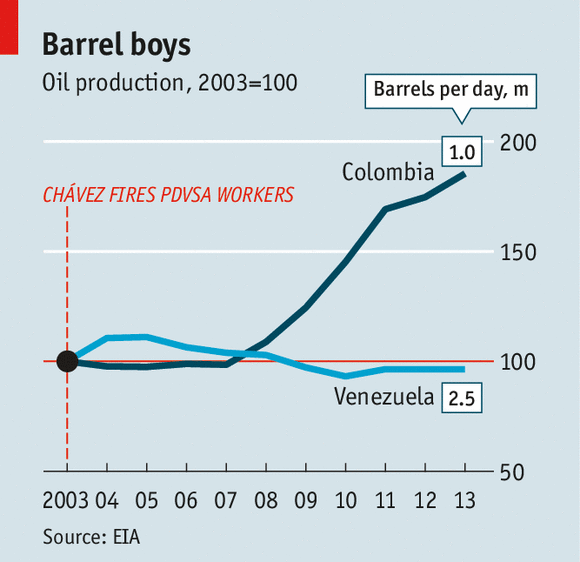 The week’s posts:
Andrew McCarthy on the border invasion

Ecuador: BloombergBusinessweek lays it on the line

At Da Tech Guy Blog:
This week in smart diplomacy