ARGENTINA
Argentina debt: Judge orders non-stop negotiations
A US judge has ordered Argentina and its creditors to meet “continuously” to avoid the nation defaulting on its debts.

Pope sends message demanding justice on 20th anniversary of AMIA bombing
On the 20th anniversary of the AMIA Jewish community center bombing, the Argentine pontiff sent a message for “justice” to Argentina’s Israeli community and relatives of the 85 victims that resulted dead in the attack.

BRAZIL
Temple in Brazil Appeals to a Surge in Evangelicals

Brazil frees up $13bn for economy
In a bid to stimulate the sluggish economy, the Brazilian central bank announces plans to reduce the amount commercial banks have to keep in reserve.

CHILE
Senator urges Chile to take ‘active’ role in Israel-Palestine conflict
Campaigners from the large Palestinian community calls for greater action in conflict while DC deputy warns against ‘bringing the conflict to Chile.’

COLOMBIA
Court tosses out cases against Chiquita over Colombia killings
Lawsuits accused Chiquita of assisting in killing of plaintiffs’ relatives by paying $1.7 million to paramilitary group

“Migrants” from Castrogonia returned to their generous and benevolent slaveowners

HONDURAS
Why Not Set Up Refugee Kiosks in Honduras? Can We Consider Any Idea from Obama, McCain?

Rate of Girls Crossing U.S.-Mexico Border Alone Outpaces Boys, Study Finds
The number of unaccompanied girls caught crossing into the U.S. at the border with Mexico has grown far more quickly this year than the number of boys, according to a Pew Research Center report.

URUGUAY
Mercosur is ‘not working’ because of protectionism and lack of arbitration
Mercosur is “not working” and is “stalled” admitted Uruguayan president Jose Mujica and blamed the situation on different visions of the block’s functioning, according to an interview with Folha de Sao Paulo.

VENEZUELA
The Hijacking of a Venezuelan Newspaper

The latest from the O administration: Let’s make it easier for the Hondurans!

Ecuador and the ‘straitjacket’

Immigration: The coyotes’ job, in dollars

Communism at work: Give up your car

The week’s podcast:
US-Latin America stories of the week

Hugo Carvajal, a.k.a. “El Pollo” (the chicken), the Venezuelan consul candidate accused of providing weapons to the FARC, working with Iranian intelligence, and who’s under investigation for his role on the attacks to the Colombian consulate and the Jewish center in Caracas, was released by Aruban authorities, after Holland decided he did qualify for diplomatic immunity but declared him person non-grata.

This is yet another instance where America is perceived as weak, since

Carvajal immediately flew back to Caracas, in time to attend the PSUV congress and walk into Nicolas Maduro’s arms:

The thing is that the swift, I repeat the word, retrieval of Carvajal means that not only the army has acted but also the drug traffickers, and all the thugs that could be affected

This, of course, raises a bunch of questions:

-Why did Maduro want to name Carvajal as Consul to Aruba specifically? Is it related to the island being an offshore financial center?

-Why would a legal resident of the US, lend or lease his US company’s jet to someone in the US drug kingpin list in the Patriot’s Act era?

Juan Cristobal Nagel asks, Is there a link between Petrocaribe and Carvajal?

The Caribbean economies are mighty fragile. The last thing the US, the Netherlands, and other colonial powers need … is for Maduro’s instability to spill over into the islands.

Interesting question, but I think Nagel may overestimate U.S. influence on this issue.

So: the man in charge of the foreign relations for the  Kingdom of the Netherlands took the decision to liberate a man who

To keep the caged bird from singing?

A senior U.S. official said the U.S. had been blindsided by the Dutch 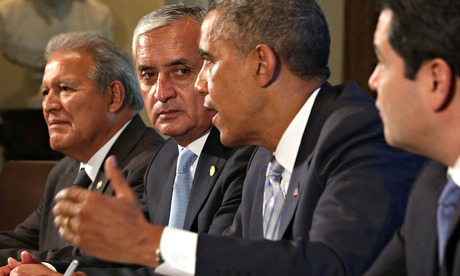 Three chavistas indicted for conspiring with Colombian FARC drug traffickers to export cocaine to the U.S.:

If indeed Carvajal is sent to the US, beyond diplomatic implications that this will entail, the local consequences will be high. There are possibly dozens and dozens of chavista high officials with dossiers under investigation and the reality for them has suddenly changed. Never mind that if Carvajal is indeed sent to the US, he may add a lot to these dossiers.

In addition to providing weapons to the FARC, Carvajal had been allegedly working with Iranian intelligence, and is under investigation for his role on the attacks to the Colombian consulate, and the Jewish center in Caracas.

In the Miami indictment unsealed Thursday, Mr. Carvajal is accused of taking bribes from late Colombian kingpin Wilber Varela, who was killed in 2008, and in return allowing Mr. Varela to export cocaine to the U.S. from Venezuela and avoid arrest by Venezuelan authorities.

Carvajal directly dealt with one-time of the world’s top three drug kingpins, Walid Makled, according to Makled himself,

Makled went on trial in Venezuela since the Obama administration dragged its feet; I do not know the outcome of the trial.

My latest article, Case study in “smart diplomacy”: Bolivia, is up at Da Tech Guy Blog. 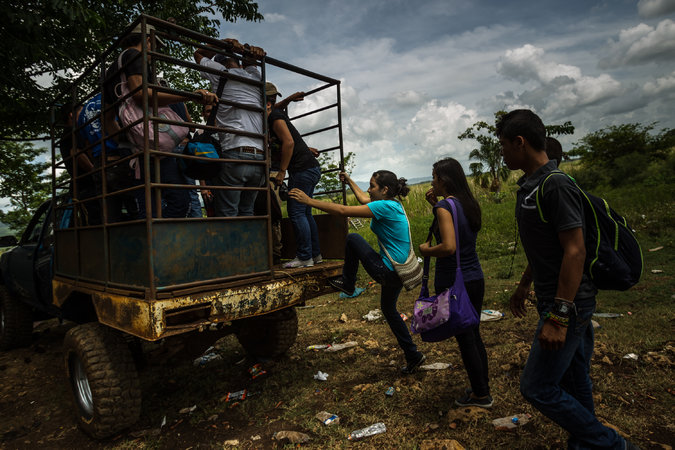 Now the Obama administration wants to get the Hondurans here directly, without going through Mexico:

Hoping to stem the recent surge of migrants at the Southwest border, the Obama administration is considering whether to allow hundreds of minors and young adults from Honduras into the United States without making the dangerous trek through Mexico, according to a draft of the proposal.

If approved, the plan would direct the government to screen thousands of children and youths in Honduras to see if they can enter the United States as refugees or on emergency humanitarian grounds.

By making the trip easier,

Not being a member of the Obama administration, I fail to follow the logic.

Obama wants to avoid the spectacle of just giving hundreds of thousands of unaccompanied minors amnesty at the US border.

Solution? Give hundreds of thousands of unaccompanied minors amnesty from the offices of the US Embassy in Honduras.

The proposal, prepared by several federal agencies, says the pilot program under consideration would cost up to $47 million over two years, assuming 5,000 applied and about 1,750 people were accepted. If successful, it would be adopted in Guatemala and El Salvador as well.

How many people are accepted is critical, because refugees qualify for public assistance upon arrival in the United States.

Speaking of fear of religious/political persecution, over in the Middle East . . . Many of you approaching retirement age may have read multiple public relations articles touting Ecuador as A Top Retire-Overseas Choice. Among the reasons listed,

If that’s a reason for your relocation, don’t get packing yet: Rafael Correa has other plans,
Ecuador Weighs Escape From Dollar ‘Straitjacket’

Congress has until the end of today to vote on President Rafael Correa’s proposal to change the South American nation’s financial laws, which would allow payments in “electronic money.” Lawmakers are debating whether to insist the central bank back the new currency with a one-to-one dollar guarantee.

As a current-account deficit drains dollars from the economy, making it harder for Correa to fund a burgeoning budget gap, a new currency could be used to meet government payments, said Jaime Carrera, a former deputy finance minister and director of the Quito-based Fiscal Policy Observatory. It could also lose its value quickly if not backed by the central bank, he said.

You may recall, seven years ago

Of course that was before he changed the constitution to allow for his “indefinite re-election.”

Much water under the bridge and many debts later,

Correa, who calls the South American country’s use of the greenback an economic “straitjacket,” has already started paying some pension obligations in government bonds, which brokers are refusing to redeem at face value.

I can’t wait for him to turn to bitcoin.

Too bad Putin didn’t include Correa in the upcoming BRICS bank.