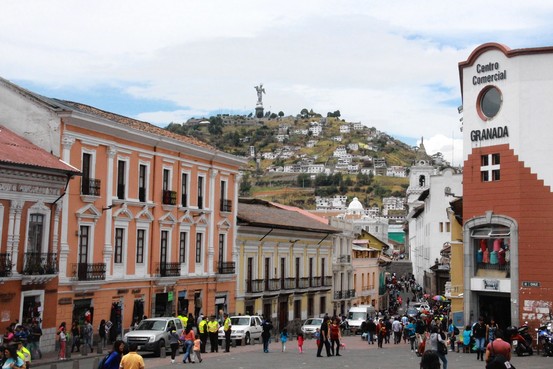 The Economist looks at this week’s roadshow to peddle new Ecuadorian sovereign bonds in London, Boston, Los Angeles and New York, and opens with the old saying, Fool me once, shame on you; fool me twice, shame on me.

Ecuador and the capital markets
Fool me once

Caveats remain. The state of the public finances warrants scrutiny. The non-financial public-sector deficit is widening. In April Mr Correa said Ecuador needed to obtain $9.5 billion, or close to 10% of GDP, in credit this year, compared with the $7.6 billion approved by Congress only a few months earlier. A recent $400m loan from Goldman Sachs that was secured by more than half of Ecuador’s gold reserves raised eyebrows. Such issues will doubtless crop up during the roadshow.

The Economist thinks invesors will “swallow their objections”; maybe, maybe not (emphasis added),

Not all investors are rushing to take part in an Ecuador deal.”Ecuador’s past record of defaults makes us very wary, and I don’t think taking part in the deal would be high on our radar,” said Colm McDonagh, head of emerging-market fixed-income at money manager Insight Investment in London, which manages £295 billion ($496 billion) of assets.

“There is a price for different types of risk, and there will always be demand for a deal such as this. But as far as we are concerned, Ecuador’s track record of honoring its debt obligations makes it hard for us to determine the appropriate yield level where we would be comfortable holding those bonds,” he said.

In plain english, that means, you can’t pay me enough to buy the stuff.

The other day I had 2 words of advice: Stay Away. I stand by those words.