But the court eunuchs never did take an interest, and it would be foolish to expect them to now. Nevertheless, if Washington had a healthy media culture, the Ben Rhodes email outlining the Administration’s four goals for Susan Rice’s telly marathon would be devastating:

*To convey that the United States is doing everything that we can to protect our people and facilities abroad;

*To underscore that these protests are rooted in an Internet video, and not a broader failure of policy;

*To show that we will be resolute in bringing people who harm Americans to justice, and standing steadfast through these protests;

*To reinforce the President and Administration’s strength and steadiness in dealing with difficult challenges.

All four “goals” are bunk, but the second was an explicit lie.

I have an article coming up at Da Tech Guy’s – will link to it later.

Doesn’t get much better than this:
Mario Bournissen & Laura Rusconi improvising to Di Sarli’s Tormenta, May 2014 at Tango Bristol Stockholm.

William Potts highjacked a flight from New York to Miami and took the plane to Havana in March 1984. He claimed to be “Lieutenant Spartacus” and “a soldier of the Black Liberation Army.”

Now he’s back in the U.S. and pleading guilty to kidnapping instead of the more serious charge of air piracy.

The former New Jersey man, who commandeered the Miami-bound commercial jet to Havana in 1984, finally surrendered to U.S. authorities in November after living the life of a prisoner and fugitive in Cuba. Potts said he wanted to face the American justice system and reconnect with his two daughters now residing in the United States.

A last-minute disagreement delayed Tuesday’s conviction of an American who returned from Cuba several decades after hijacking an airliner to reach the island.

Attorneys for William Potts, 57, objected to the terms of an agreement on the 13 years that Potts was imprisoned in Cuba.

Potts has agreed to plead guilty in exchange for a lighter sentence.

The District Judge Robin Rosenbaum scheduled another hearing for Thursday after the prosecutor Maria Medetis said he needed authorization from the Department of State to make any changes in the agreement.

Looks like staying in the island-prison was worse than doing time in the U.S. 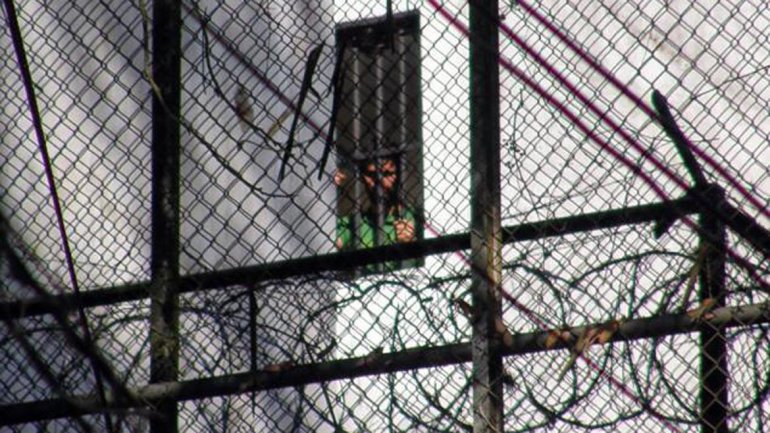 Opposition leader Leopoldo López turned 43 years old on Tuesday. He’s still in solitary confinement without a trial and his wife was told that he is not allowed visitors for the next 15 days at Ramo Verde military prison. His attorney considers him a political prisoner.

His cell, where he spends 22 hours a day, is a minuscule 9 square meter space containing a bed and a sink. Ever since he was jailed, López has been kept in a maximum security area known to prison wardens as “the annex, ” on the second floor of the building. When he was first interned in his cell, “the annex” seemed to have suffered a small fire: the walls were covered in soot, the lamps were melted, and there was very little light. His legal team says some maintenance has been performed since then to improve at least that aspect.

When Leopoldo was sent to the annex, the authorities at Ramo Verde immediately set about increasing security there. A series of fences were added between each stairwell, as well as several additional cells, since assigned to mayors Enzo Scarano and Daniel Ceballos, as well as San Diego municipal police chief Salvatore Lucchese.

Leopoldo remains in solitary confinement with no end in sight. He can only receive visits from close family members and his lawyers. Access has been denied to his priest for confession, and he has not been allowed to attend mass. It’s worth noting that the Committee Against Torture, the European Court of Human Rights, and the Inter-American Court of Human Rights have made it clear that solitary confinement should be an exceptional measure of limited duration that is subject to strict judicial review when applied and prolonged.

Leopoldo’s legal team has had repeated problems with correspondence, since he is forbidden from sending written messages to the outside. All letters sent to him are extensively scrutinized and in several instances, have been retained altogether.

His legal team has also had problems with legal documents, which are also subject to extensive review by the prison guard, an issue which violates client-attorney privilege and professional standards of privacy. These revisions have been carried out to such an extent that sometimes legal council has been strip searched on their way out of meetings with their client, in order to make sure that no information is being leaked.

The prison authorities restrict access to any material deemed “politically sensitive.” He may not receive books, flyers and other documents that may be considered forms of political proselytism [sic].

Journalist Ludmila Vinogradoff for Spanish newspaper ABC reports that she and a photographer, along with Lopez’s were detained for three hours and López is now denied visitors for two weeks as punishment for the journalists’ visit.

So, has Leopoldo Lopez self sacrifice been worth something?

Of course the regime want Lopez, and many other, to rot forever in jail, or dead if they could get away with it. The main reason for that hatred with Lopez is that represents all that they are not, educated individuals, rational, sensible, not seeking revenge for real or imaginary hurts, even good looking. That in addition he made it clear to the world that the regime is a dictatorship managed by thugs is, of course, unforgivable.

What is more troubling is that some in the opposition are not running over each other to make a grand stand and demand Lopez freedom or else. This, in a way, is harder to forgive. But the reason is also simple to understand: the revolt that Lopez represents is the one from a group of Venezuelans who think that they have no future, nothing to lose anymore. But inside the MUD there are people that have something to lose, little perhaps, but something nevertheless. As such people like Ramos Allup, leader of the fading AD old party, are ready to do anything to lower social tensions. Not because it is good to lower social tensions, something we can almost all of of us agree on, but because social tensions are bad for him since he will never lead them.

The opposition is dealing with Venezuela’s Security Forces: A Killer Elite Beyond the Law
As violent protests return, the death toll is down, but families are struggling hopelessly to find justice for their loved ones killed in demonstrations earlier this year.

At the height of the protests an engineer was beaten to death by National Guard troops on the road to a hospital. A crazy firefight started by a bodyguard of the “peace” minister ended with a bullet in a student’s head. A 20-year-old cook was detained for threatening national security, but no proofs whatsoever were presented in court. Four guys were tortured with electricity applied to their testicles. In one jail where people were detained illegally the wakeup call was made with teargas bombs.

The human rights abuses in the increasingly despotic dictatorship continue as Protesters Point to Their Scars.

Venezuela Decoded gathers information found on Twitter, groups it by source (either from government or opposition sources) and separates them by language (Spanish and English). It also features a timeline created with the online tool Timeline JS that shows the most important events of each day.

You can find the timeline here.

Elsewhere in the country, the agricultural industry’s dying: Chavez’s Farming Utopia Withers as Pet Projects Abandoned, which is hardly surprising, considering their origin,

Chavez’s plans for agricultural communes began with a visit to Belarus in 2007, when his counterpart Aleksandr Lukashenko took him on a tour of projects dating from the Soviet Union’s 1930s collectivization, said Perez, who now advises the president of Venezuela’s state agriculture fund.

Capital flight in Venezuela 103% of GDP as Venezuelans have syphoned $405.8 billion away from the country.

In the past few weeks particularly the regime has been trying to tamp down on the unrest, and last week, the country’s Supreme Court imposed new regulations limiting citizens’ right to protest with some trumped-up permitting process

Critics say that while the new minimum salary amounts to $675 at the government-set exchange rate, it adds up to little over $67 at the black market rate.