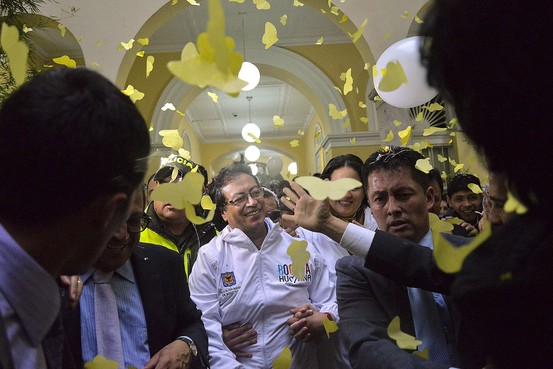 The court, in giving Santos 48 hours to return Petro to his job, cited the president’s failure last month to heed a ruling by the Inter-American Human Rights Commission that Colombia’s inspector general violated regional human rights charter by ordering Petro’s removal and barring him from politics for 15 years.

In last night’s podcast, I incorrectly stated that president Santos had reinstated Petro by his own initiative, so my apologies for my error.

a leftist and former member of the now-defunct militant rebel group M19, was thrown out of office five weeks ago on a ruling from the country’s inspector general, who alleged the 54-year-old politician mismanaged Bogota’s trash-collection system when transferring it from private hands to a public service.
. . .
But in another twist, the newly-returned Mr. Petro is facing a public referendum that could force his recall, meaning he might be booted out of office again in just a few weeks