live at 8PM Eastern, “Foreign investment reforms” in Cuba PLUS US-Latin America this week, and also archived for your listening convenience.

My latest article at Da Tech Guy Blog, Brazil: Welcome to Usama’s!, is up. Please read it and leave a comment.

The Meir Amit Intelligence and Terrorism Information Center did a report in 2009 on how Iran increases its political and economic presence in
Latin America, defying the United States and
attempting to undermine American hegemony. It also
foments radical Shi’ite Islamization and exports Iran’s
revolutionary ideology, using Hezbollah to establish
intelligence, terrorism and crime networks, liable to be
exploited against the United States and Israel.

63. The Wayuus and Hezbollah Venezuela have websites and blogs which identify with the ideology of the Islamic revolution in Iran and with Hezbollah’s messages of violence, preaching hatred of the United States, Israel and the Jewish people. Postings have appearedin recent years in blogs that are still active but are not updated, possibly due to the desire to keep a low profile and be less exposed.

64. The website of an organization calling itself “Hezbollah America Latina” went online several months before Hezbollah Venezuela’s attempt to carry out a terrorist attack against the American embassy in Caracas (October 23, 2006). The website introduced itself as the
“mouthpiece of Hezbollah in Latin America.” It is written in Spanish and in a mixed Mayan-Old Spanish language. Even though it claims to operate in Argentina, Chile, Colombia, El Salvador, and Mexico, it mostly serves the network which runs the website, referring to itself as the Islamic Autonomy of Wayuu (Autonomia Islamica Wayuu), led by Teodoro Rafael Darnott.49

65. The Hezbollah Venezuela website preaches the complete elimination of the sex industry, and attacks the so-called “corrupt upper classes” and the so-called “corruption of the government.” The website also contains anti-Semitic and anti-American texts and articles by Holocaust deniers and Neo-Nazis.50 In recent years, blogs have appeared, written by Wayuu Muslim converts who sympathize with the ideology of the Iranian Islamic revolution and Hezbollah’s messages of violence.

While the report is five years old, the information is still relevant. Read the whole thing.

Exports fell 16% on the year to $5.25 billion in March, led by a plunge in grain and soybean exports. Shipments of industrial products like cars also fell as sluggish growth in neighboring Brazil trimmed demand for Argentine manufactured goods. Imports decreased 4% to $5.21 billion, led by declines in consumer goods and spare parts, according to preliminary data published by the national statistics agency Indec.

The trade surplus for the first quarter shrank to $121 million, from $1.5 billion a year ago due to a drop in farm shipments and rising fuel imports. Argentina’s energy deficit—the difference between energy exports and imports—widened 19% on the year to $792 million in the quarter.

While the country expects a record soybean crop,

The Argentine economy is widely expected to tip into a recession this year as inflation of more than 30% erodes the public’s purchasing power and spurs locals and foreigners alike to pull their money out of the country. Analysts at Abeceb and Barclays expect the economy to shrink about 1.5% this year.

According to the government’s own figures, industrial production fell 6% due to declines in the automotive and petrochemicals industries.

UPDATE:
Linked to by Israel Foreign Affairs. Thank you!

[Director of the Astronomy Section at Arecibo Observatory, a part of the National Astronomy and Ionosphere Center, Fernando] Camilo said the phenomenon has been detected at least seven times through the radio telescope in Australia, but the importance of this one is that for the first time it has been documented at another observatory, which confirms that this is an astronomical reality and cannot be attributed to some peculiarity of a particular instrument.

“The question now is the nature of this phenomenon,” said the scientist, who for years studied astronomy in the United States.

“This could be a powerful burst of radio waves faraway in the universe, a kind of signal never detected before,” which appears to come from outside our galaxy.

The Arecibo telescope was one of the James Bond locations in GoldenEye (1995, and yes, the clip is dubbed),

ANTIGUA
Antigua’s Parliament to Dissolve in preparation for the general elections that must be held by July 25.

BOLIVIA
Bolivia dismisses protesting troops
Bolivia’s military chiefs have ordered the dismissal of more than 700 troops who have been protesting to demand better working conditions.

Life as a Brazilian Woman

COLOMBIA
Santos is losing the plot while Enrique Peñalosa is on the rise.

Drug ritual kills gap-year Briton in Colombia
Henry Miller, a 19-year-old from Bristol who was due to start university in September, died after taking hallucinogenic drugs as part of a tribal ritual in South America

The Chamber of Deputies on Friday confirmed allocating more than RD$14.0 million (US$325,000) for its 185 members to hand out the ingredients to cook the traditional Easter dish ‘habichuelas con dulce’ (sweet beans), first aid kits, inflatable swimming pools, domino games and other items, in what it called: “expenditures for the Easter operation 2014 and to assist relief agencies in each province.”

ECUADOR
Ecuador may try to print 10-yr as low as mid 6%. It would take a lot more yield to convince me to buy it.

HAITI
Haiti in the Shadow of Cholera

NICARAGUA
Nicaragua: Revolutionary reminders around every corner
Its political and military dramas once dominated the news, but these days, says Chris Moss, Nicaragua makes a fascinatingly enigmatic destination . . . only if you don’t mind communist propaganda.

VENEZUELA
Venezuela’s Security Forces: A Killer Elite Beyond the Law
As violent protests return, the death toll is down, but families are struggling hopelessly to find justice for their loved ones killed in demonstrations earlier this year.

Well, there’s at least one person out there who dislikes Gabriel García Márquez more than I,

On his last visit to Venezuela in 2009, he was held for several hours at the airport and criticized by Chavez for coming to “offend” and “provoke” Venezuelans.

Again, Vargas Llosa did not hold back, saying 15 years of socialism in Venezuela was a “pathetic failure” akin to Cuba and North Korea, evidenced by the highest inflation in the Americas and other weak economic indicators.

“What’s happening in Venezuela is a radical anachronism,” he said. “Venezuela has gone ever more backwards in the last 15 years and is approaching the most pathetic examples of economic, political and social failures like Cuba and North Korea, the last real exponents of socialism in the world.”

He added, however, that he had no wish to provoke anyone in Venezuela, and was grateful to the country for giving him his first international award, the Romulo Gallegos prize, in 1967.

Vargas Llosa offered his support to students who have been protesting against Maduro since early February.

“I hope the dialogue is genuine and authentic, and enables the pacification of the country,” he said of talks between the government and moderate opposition leaders intended to stem violence that has killed 41 people in the last two-and-a-half months.

As the Venezuelan Supreme Court Outlaws Spontaneous Protests as “Not an Absolute Right” and demands express authorization from the mayor or the governor of the jurisdiction where they are carried out, repression has intensified since the opening of the “dialogue” (link in Spanish).

Musician Willie Colón, who has close ties with Venezuela: 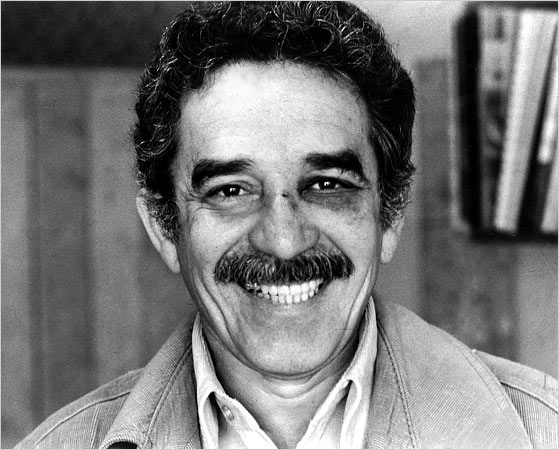