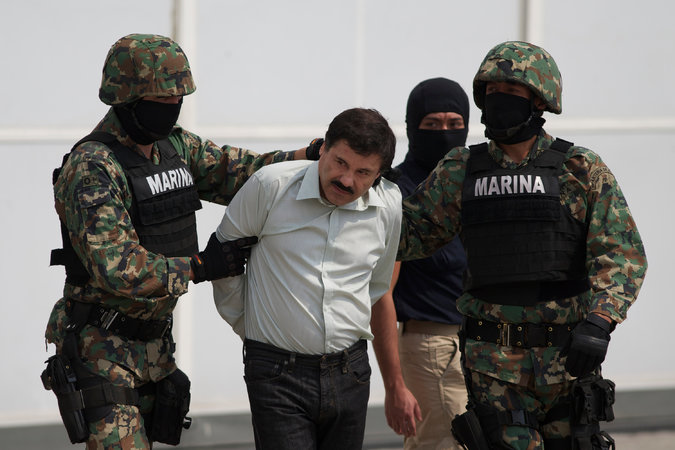 Mr. Guzmán’s Sinaloa Cartel is considered the largest and most powerful trafficking organization in the world, with a reach as far as Europe and Asia, and has been a main combatant in a spasm of violence that has left tens of thousands dead in Mexico.

How investigators turned the screw on ‘El Chapo’

On Feb. 13, a man known as “19,” whom officials called the new chief of assassins for Zambada, was arrested with two other men on the highway to the coastal resort city of Mazatlan. Four days later, a man described as a member of the Sinaloa cartel’s upper ranks was seized along with 4,000 hollowed-out cucumbers and bananas stuffed with cocaine. In the middle of this week, a 43-year-old known by the nickname “20” and described as Zambada’s chief of security, was arrested transporting more cocaine-stuffed produce.

By the middle of the week at least 10 Sinaloa henchmen had been seized.

A U.S. law enforcement official said Saturday that at least some were actually security for Guzman, and authorities used them to obtain information that helped lead to the head of the cartel.

The article says that US DEA and Marshals Service were “heavily involved” in the capture.