An American crew rescued twenty five African Lions from Bolivia and now there’s a documentary about it, Lion Ark; this Carnival is dedicated to them.

Judge Maria Giraudi ordered that the singer’s belongings be held after photographer Diego Pesoa filed suit for damages, alleging that Bieber’s bodyguards hit him and damaged his equipment as the singer was leaving a nightclub.

Pesoa’s lawyer, Matias Morla, said Bieber “gave the order to beat him and then got back in his van.”

CHILE
The calm in Chile

COLOMBIA
Colombia and the FARC
Not out of the woods yet
Just as an agreement is reached, news of an assassination plot highlights the risks to the peace negotiations

ECUADOR
Oil in Ecuador
The last word, with more to follow

Will Honduras Become a Failed State?

JAMAICA
Jamaica failed drug tests ‘tip of iceberg’
Jamaica’s most senior drug tester says the country’s recent rash of failed tests might be the “tip of an iceberg”. 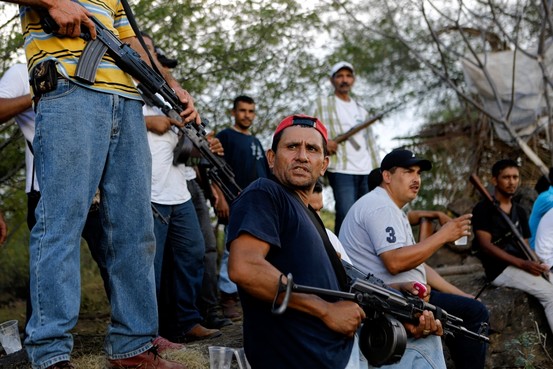 Mexican Farmers Confront Drug Cartels
Farmers in the rich agricultural heartland of Mexico’s Michoacán state, fed up with a reign of terror and extortion by a drug cartel, have organized community police forces and driven out the cartel.

Mexican Trafficker With Ties To Sinaloa Cartel Extradited To U.S. From Panama

VENEZUELA
Who is Tareck el Aissami?

The criminalization of dissidence and opposition: CHÁVEZ’S SUCCESSOR SEES A TRILOGY OF EVIL

The week’s posts and podcast
Venezuela: The start of the really bad news

Brazil: “Mensalão”s must serve their sentences