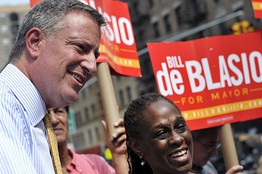 Nicaraguan strongman Anastasio Somoza was toppled in 1979. Many had fought to rid their country of his one-man rule, and a broad-based ruling directorate was set up after Somoza was banished. It was supposed to organize elections. Daniel Ortega, a leader of the Sandinista National Liberation Front that overthrew Somoza, had other ideas. He wanted to remake Castro’s Cuba in Central America.

Mr. Ortega’s first step was to cleanse the Sandinista directorate of moderate elements, using fear and intimidation. In 1980, his security thugs assassinated Jorge Salazar, a popular and charismatic Nicaraguan businessman who had opposed Somoza’s dictatorship but also opposed the effort to install a Marxist-Leninist military government. It worked. Members of the directorate, who had naively believed that they were part of a new democratic Nicaragua, were terrified. They resigned and the ruling junta became totally Castroite.

The crackdown that followed was ruthless. Cuban enforcers were brought in to help. Houses, farms, ranches and businesses were confiscated, and the independent media were muzzled. Central planning meant price controls for everyone. Even rural women carrying produce to market were arrested as speculators.

Highland peasants who had fought to remove Somoza rebelled. They didn’t want to be ruled by a left-wing dictator any more than by the right-wing variety. They organized themselves into “Contras.” The Miskito Indians also fought back. In retribution the army burned their villages and carried out executions. Thousands fled to Honduras to live in refugee camps.

In the Sandinista nation some pigs were more equal than others. Property seized by the state somehow never made it into the hands of the poor, but comandantes got rich. When a decade of economic decline forced an internationally monitored election in 1990, opposition candidate Violeta Chamorro won the presidency. But the heavily armed comandantes refused to return their loot to its rightful owners. Critics dubbed it “la piñata.” Mr. Ortega has since returned to power.

DeBlasio, who honeymooned in Cuba, apparently believes “advances in literacy and health care” justify all of this.