Last week a hit man dressed as a clown killed a drug lord. This week the clown union disavowed knowledge of his actions: 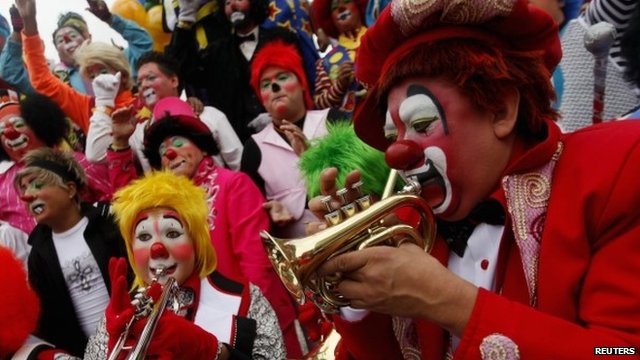 Clowns gathered at a convention in Mexico City have denied any of their colleagues were behind the killing of a former drug cartel leader last Friday.
…
“The people who do that, they’re not clowns. I can swear on my mother’s grave it wasn’t a clown,” Tomas Morales, whose stage name is Clown Llantom, told Associated Press news agency.

My first reaction was, “The real clowns unionized; who knew?”, but the real story is that they found it necessary to have to make this statement. It clears things up with those involved in the drug trade, and it brings them publicity.