Everyone’s talking about Syria, but what does it have to do with Latin America? This:
Iran, Cuba warn of fallout of Syria attack
Iran and Cuba have expressed concerns about the consequences of any foreign military action against Syria, stressing a political approach to resolve the crisis in the Arab country. (h/t Capitol Hill Cubans)

Iranian Foreign Minister Mohammad Javad Zarif and his counterpart Bruno Rodriguez Parrilla expressed their deep reservations about the threats of military action against Syria in a telephone conversation on Wednesday.

Iran and Cuba: Chummy enough to do joint conference calls on behalf of Assad, no less.

Here’s looking at you, kid, 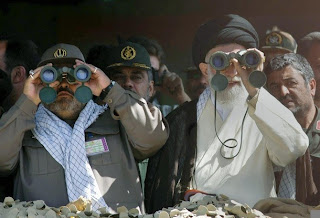 ARGENTINA
‘Dirty War’ judge Romano extradited to Argentina
A former Argentine judge has been extradited to face charges of human rights abuses during the 1976-1983 military rule.

BOLIVIA
Andres Oppenheimer: Authoritarian leaders breed corruption
What’s most amazing about the arrest in Miami of Bolivia’s top anti-corruption police official, caught on tape extorting a bribe from a well-known businessman, was that hardly anybody was surprised by the news.

Capture of a Mexican drug lord
Got Ugly Betty. Now get Shorty

PUERTO RICO
Fortuño: Puerto Ricans In U.S. Shouldn’t Have A Say On Statehood, But Congress Needs To Act

Accountability Is A Dirty Word For Chavismo

The week’s posts and podcast:
Capital flight: from Venezuela to the Dominican Republic

Mexico: Will the teachers imperil reforms?

Podcast:
US-LatAm stories of the week