The benefits of 1 million foreign legal immigrants in Mexico, 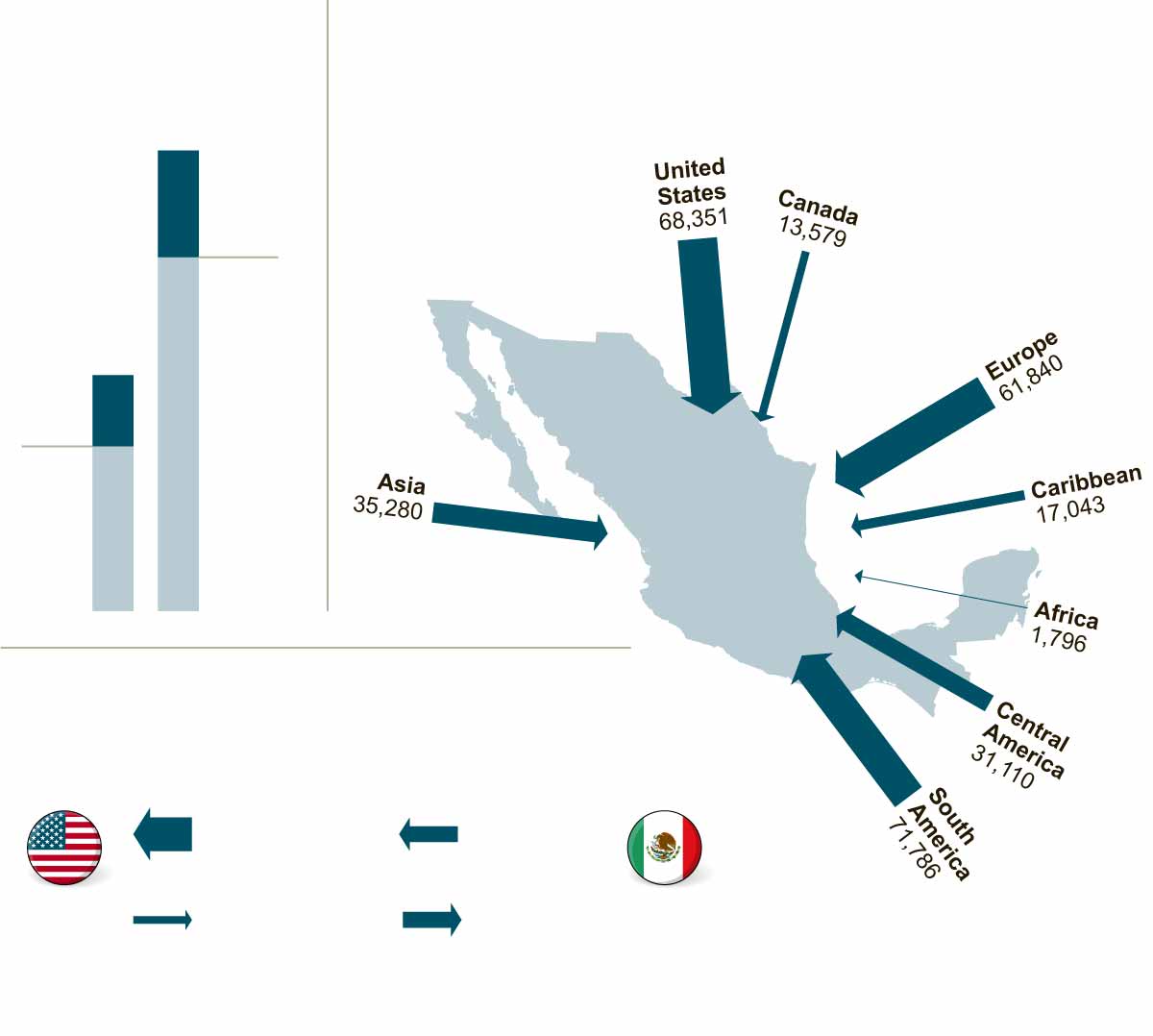 COUNTRY AT A CROSSROADS
For Migrants, New Land of Opportunity Is Mexico

Europe, dying; Mexico, coming to life. The United States, closed and materialistic; Mexico, open and creative. Perceptions are what drive migration worldwide, and in interviews with dozens of new arrivals to Mexico City — including architects, artists and entrepreneurs — it became clear that the country’s attractiveness extended beyond economics.
…
Mexico’s immigrant population is still relatively small. Some officials estimate that four million foreigners have lived in Mexico over the past few years, but the 2010 census counted about one million, making around 1 percent of the country foreign-born compared with 13 percent in the United States. Many Mexicans, especially among the poor, see foreigners as novel and unfamiliar invaders.