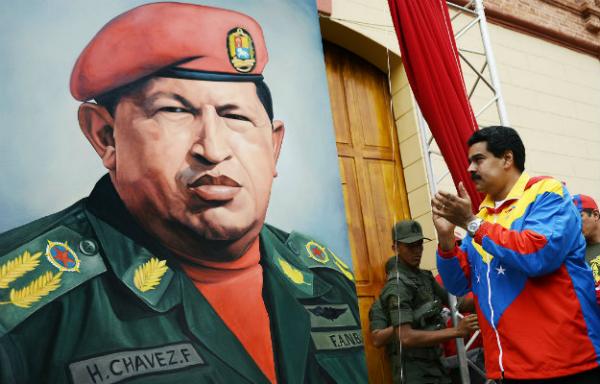 Hugo Chavez expropriated over 1,000 private businesses and enterprises. The Miami Herald reports on one of the properties, the Sambil mall in Caracas, now closed and covered with grafiti:
Two malls tell a tale of Venezuelan capital flight

Before a single product was sold, the mall became one of the more than 1,000 businesses and properties Chávez expropriated during his 14 years as president.

Four and a half years later, the mall-that-wasn’t takes up an entire city block. It’s cordoned off from the public for most of the year. Since the seizure, its parking garage has seen service as a makeshift shelter for Venezuelans who have lost their homes to flooding. Designed to uplift a decaying neighborhood, its brick and granite façades are covered by a mosaic of murals marred with graffiti and campaign slogans.

Compare that to a $200-million sister mall in the Dominican Republic — built by the same Venezuelan developer, Sambil.

When it opened earlier this year off a busy highway in the capital of Santo Domingo, President Danilo Medina cut the ribbon. With a 16,000-square-foot indoor aquarium, a grocery store, movie theater and 325 shops, this Sambil mall is thriving.

US$20 billion/year has left Venezuela over the past five years, some of it going to the Dominican Republic,

Thousands of jobs, thousands of businesses, billions of dollars leaving: that’s what the Bolivarian revolution has wrought.

Apparently the Chavista community organizers are leaving the party (link in Spanish). I’m sure Diosdado Cabello is paying attention.

And the mess will keep getting worse.