BOLIVIA
Bolivian president to sue US govt for crimes against humanity

“I would like to announce that we are preparing a lawsuit against Barack Obama to condemn him for crimes against humanity,” said President Morales at a press conference in the Bolivian city of Santa Cruz. He branded the US president as a “criminal” who violates international law.

BRAZIL
Rousseff returns to social media to campaign for reelection

Cuba to Let Its Athletes Play Professionally Abroad
In an effort to thwart the wave of top baseball players defecting to the U.S., Cuba will allow its athletes to play abroad as professionals, breaking with a decades-old policy.

With push on agenda, Mexican president meets resistance
Plans to increase taxes on the rich and open up the state oil company upset people on the left and right.

The pair, both 20, have been told they could be released from custody in less than two months if they agree to help Peruvian authorities find and jail the criminal gang behind the £1.5m cocaine pick-up.

VENEZUELA
Who is Luis Oberto?

It Was The Worst Of Times For Nicolas Maduro This Week

Venezuela jail search yields arsenalInmates at Sabaneta jail protest against being transferred on 18 September 2013
Guards searching a jail in Venezuela where 16 inmates were killed in fighting two weeks ago find tens of thousands of rounds of ammunition.

Venezuela: Did anyone miss Maduro at the UN?

Why has Brazil stagnated?

Colombia: Time to make the donuts!

UPDATE:
Linked by Instapundit. Thank you! And, Instapundit readers, every Monday is Carnival of Latin America & the Caribbean day!

The Constitutional Court’s decision cannot be appealed, and it covers those born since 1929 — a category that overwhelmingly includes Haitians brought in to work on farms and their descendants.

The Constitutional Court said officials are studying birth certificates of more than 16,000 people and noted that electoral authorities have refused to issue identity documents to 40,000 people of Haitian descent. It gave the electoral commission a year to produce a list of people to be excluded from citizenship.

As mentioned above, the decision can not be appealed.

The final episode is Felina, acronym for finale, but let’s not forget this song: 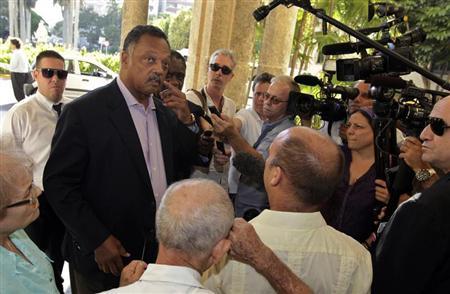 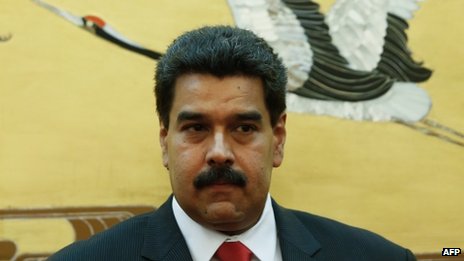 Maybe a birdie told him to stay away.

As you may have noticed, all the talk at last week’s UN meeting was focused on Obama and Iran, and not on NicoláMaduro, who may enviously look back at the days when Hugo Chávez could make the headlines around the world just by doing stand-up.

Instead, Maduro had to skip the UN altogether and rush back to Venezuela – after signing off oil exploration and gold mining rights to the Chinese (and still coming short on cash) – because

Instead Maduro flew back to Caracas and claimed he had to because of not one but two plots against his life, which President Obama’s weakness could not prevent.

Carlos Eire translated the ABC article, which you must read.

While the movie starring a bleached Benedict Cumberbatch is coming out next month and the real-life Assange is stuck in the Ecuadorian embassy in London, the fact is that if he gets political asylum in Ecuador, he’ll most likely end up in jail:

Aside from the Castro brothers, there’s nobody in the Western Hemisphere who’s trying harder to do away with freedom of the press than Assange’s putative champion, Ecuador’s rambunctiously left-wing president Rafael Correa. In June, Correa pushed through a law establishing the crime of “media lynching,” defined as the “dissemination of information” with “the purpose of discrediting” someone. If Richard Nixon had access to a law like that, maybe Woodward and Bernstein would have won a second Pulitzer for their prison diaries.

You’d think even the most hyperactive despot would rest on his laurels for a while after passing a masterpiece like the media-lynching law, but for all the criticism of Correa, nobody has ever attacked his work ethic. Earlier this month, his chief legal advisor asked the legislature to let the government start jailing people for wisecracks on Facebook, Twitter and other social media. 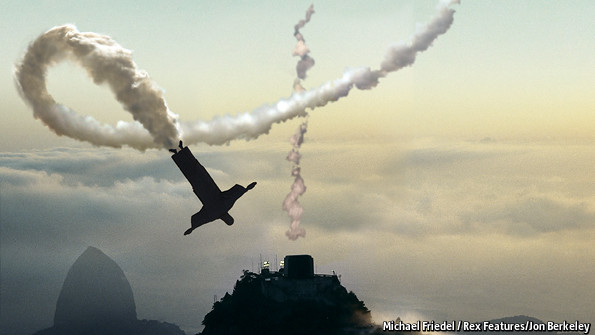 This does not bode well,
Santos Says Colombians Would Back FARC in Congress to Seal Peace (emphasis added)

President Juan Manuel Santos said Colombians would accept a deal granting unelected guerrilla leaders seats in Congress if it brings an end to a conflict that has left 220,000 dead

And “special treatment,” too:

Voters would pass a referendum containing unpopular measures such as the transformation of the FARC into a political party and special treatment in the justice system for crimes committed by guerrillas, as part of a package that ends half a century of bloodshed, Santos said.

The process is complicated by opponents who “extrapolate and magnify” some issues in order to frighten the public, rather than weighing them as part of a pact that brings peace, he said.

It better be complicated: the FARC to this day is still sheltering international terrorists.