No, not this kind, 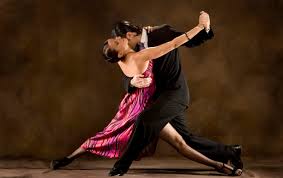 Argentina has begun distributing a free state-produced version of the erection-boosting drug Viagra for the first time, in a move intended to curb its misuse, health authorities announced Thursday.

They said 200,000 doses of sildenafil, better known under the Viagra brand name, is to be distributed free of charge through the public health network of the province of Santa Fe.

The drug is being produced in Santa Fe by the state-owned pharmaceutical firm LIFSE, which plans to eventually distributed it nationally.

Forgive my skepticism, but I wouldn’t trust “a free state-produced version” of anything, particularly if touted “to avoid the abuse or bad use of the drug and to warn the population about its correct use.”

The faux-iagra “is the first [drug] to be made by the state in Argentina.” That alone fills me with confidence.

The article didn’t mention anything on online sales, but, just in case, keep in mind that Argentinian servers have “ar” on the address. Those of you interested in medical tourism will like to know that Santa Fe is 467km from Buenos Aires, or approx. 5 hours by road.

So, guys, don’t forget to ask your doctor if your heart is heatly enough for sex (yeah, right), and ¡buena suerte, amigos!