It was not immediately clear when the presidential vote would be held, or where or when Chavez would be buried following Friday’s pageant-filled funeral. 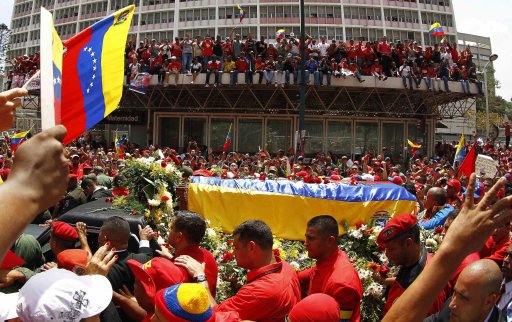 Why the Death of Hugo Chavez Matters

Hugo Chávez
The lesson is to beware the rule of charismatic demagogues.

Hugo Chavez was an extremely bad person. Please read this and retweet. commentarymagazine.com/article/hugo-c…

Livefeed in Spanish, below the fold (if you can stand the propaganda narration):