ARGENTINA
Prepping The Next Conflict

Argentine-Iranian relations
A pact with the devil?

Deadly clashes before Farc talks
Fighting between Farc rebels and Colombia’s government leaves at least nine people dead, as the latest round of peace talks start in Cuba.

ECUADOR
Another Blowout in Eco Suit Against Chevron

A Fortune Mag/CNN Money article out this week reports the latest, overwhelming evidence of horrendous skullduggery in a long-running environmental case, supported by the highly corruptible Ecuadoran government, against the U.S.-based Chevron oil company. In a Manhattan federal district court, reports Fortune’s Roger Parloff, “Chevron filed the declaration of a former Ecuadorian judge, Alberto Guerra, who describes how he and a second former judge, Nicolás Zambrano, allegedly allowed the plaintiffs lawyers to ghostwrite their entire 188-page, $18.2 billion judgment against Chevron in exchange for a promise of $500,000 from the anticipated recovery.” 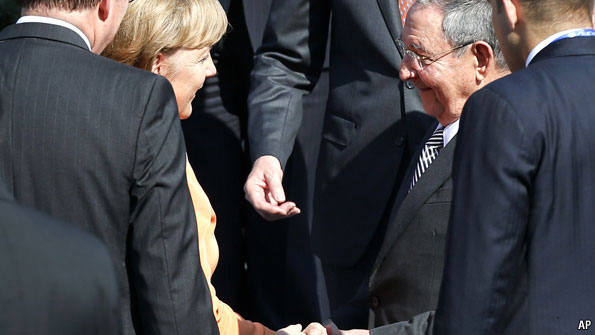 PERU
Relocation in the Andes: Perched in the Peruvian Andes is a new town built by a Chinese mining company to which 5,000 people will be relocated,