“Everybody in Cleveland” had an obamaphone!

The FCC until last year allowed consumers to self-certify, without requiring documentation, that they met federal poverty guidelines. Subscribers didn’t have to recertify once they were enrolled in the program, and there were few checks on whether households signed up for more than one cellphone. 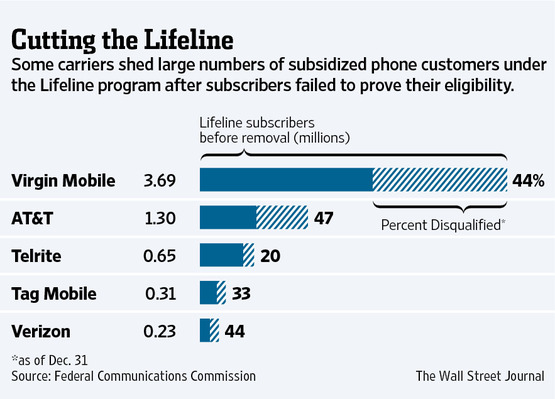