The Baker Institute’s 2007 “Empirical Evidence of the Operational Efficiency Of National Oil Companies” study impartially demonstrated that private companies operate better than public enterprises.
The objectively calculated study of more than 80 companies concluded that relative to economically efficient producers, a national oil company is likely to under-invest, over-employ, sell oil products at subsidized prices, and shift extraction of resources from the future to the present.
“Technical inefficiencies,” the paper concluded, “are largely the result of governments exercising control over the distribution of rents.”

In Argentina, the government announced a two-month price freeze on supermarket products Monday in an effort to break spiraling inflation; not content with screwing up the beef imports, now they’re intervening in all groceries:

The government announced the price freeze on the first business day after the International Monetary Fund formally censured Argentina for putting out inaccurate economic data. The IMF has given Argentina until September to bring its statistics up to international standards, or face expulsion from the world body in November.

Cristina Fernandez may end up using the military to hand out meat in the stores, as they are doing in Hugo Chavez’s Venezuela.

When I was in Argentina the neighborhood supermarkets stocked only four kinds of vegetables, plus apples and oranges. Contrast that with what Mr. Bingley found in Brazil, where the government is staying away from regulating food prices, 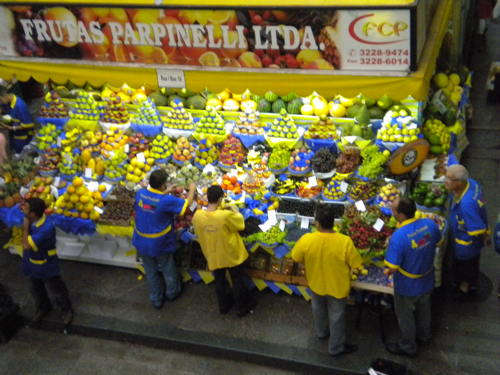 Government intervention leads to shortages, inflation, and eventually to poverty.